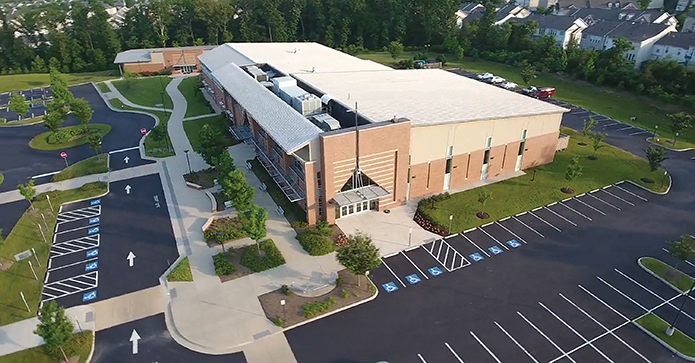 With rates near historic lows, it makes a lot of sense for a church to consider refinancing its debt right now.

Like many houses of worship, Reston Bible Church (RBC) in Dulles, Va., wanted to take advantage of this lending climate while the opportunity existed.

The Search for the Right Company

In particular, Executive Pastor Bruce Campbell was looking for a simple, long-term fixed rate of five years or more. He also aimed to secure a fully amortizing note that would propel RBC towards debt elimination.

Both objectives are surprisingly achievable at the moment. But the other criteria that Campbell prioritized were more elusive.

Campbell says all three lenders he vetted were “at least in the ballpark” in terms of what the church was looking for. However, Thrivent Church Financing ultimately emerged as the best fit for several reasons.

For one thing, Chris Lewis, a senior relationship manager for Thrivent Church Financing, was a known quantity. He and Campbell became acquainted many years ago, when Lewis was working for a different lender which held the church’s mortgage at the time.

Prior to that, Church Administrator Dale Peak met Lewis at an executive pastor conference in Texas.

While this familiarity was comforting, Thrivent Church Financing also came forward with the lowest rate and the most favorable terms — fixed for 10 years — that centered on the covenants which the church holds dearest. And while two of the three lenders under consideration aligned missionally with RBC, the decision came down to intricacy.

“Most lenders, banks, mortgage companies, et cetera, aren’t about spreading the gospel, either locally or globally,” Campbell explains. “I would say that Thrivent Church Financing’s philosophy — of bringing faith and financing together — [more closely] aligned with our purpose to know Christ and to make Him known.”

For Lewis and his team, this close alignment was equally vital.

“RBC has been a leader not only in the region, but also internationally through a very generous missional focus,” Lewis says. “Through these efforts, many have come to know the love of Christ in their darkest days.”

Through refinancing, the church maintains its ability to meet its long-term objective of being debt-free. Perhaps more important, more dollars have moved to the missional component of RBC’s P&L. For Campbell, that freedom will ultimately provide a wealth of benefits for the community surrounding the church, and even for communities around the world.

“It will allow us to reallocate the generosity and resources that people give here in the first place,” he explains. “When we’re debt-free, that reallocation will span across a host of needs, from local community efforts to expanding our international connection.”

To this end, for example, the church places a lot of emphasis on English-as-a-Second Language (ESL) training through its International Connection Ministry. With no debt, efforts like this can be expanded into the local community.

“It can also enhance our discipleship and our digital evangelism efforts because we can potentially bring on another key one or two people that can give full-time effort to shepherding various discipleship initiatives,” Campbell points out. “That would be huge as well.”

Preserving RBC’s fantastic relationship with its local bank was another priority for Campbell. Luckily, Thrivent Church Financing doesn’t require deposits as part of its loan requirements.

According to Lewis, most lenders require a full depository relationship in order to provide financing.

Campbell says this has also been his experience in dealing with lenders. “It is indeed a very rare arrangement,” he says, “but it was very important that we be provided with that opportunity.”

For RBC, the new refinancing arrangement has provided simplicity and stability.

“We know we’re not having to deal with uncertainty or a mortgage that’s going to rise in rates,” Campbell points out. “There’s no balloon payment due at any time.”

Additionally, a lower rate lets the church pay less interest, retire its loan debt faster, and focus more on the ministry that takes precedence over everything. In other words, it offers peace of mind.

“We’re working with a great lender that’s cooperative, that understands us, that will work with us,” Campbell concludes. “We don’t feel like we have a hammer waiting to come down on our head if some unique circumstance arose.”