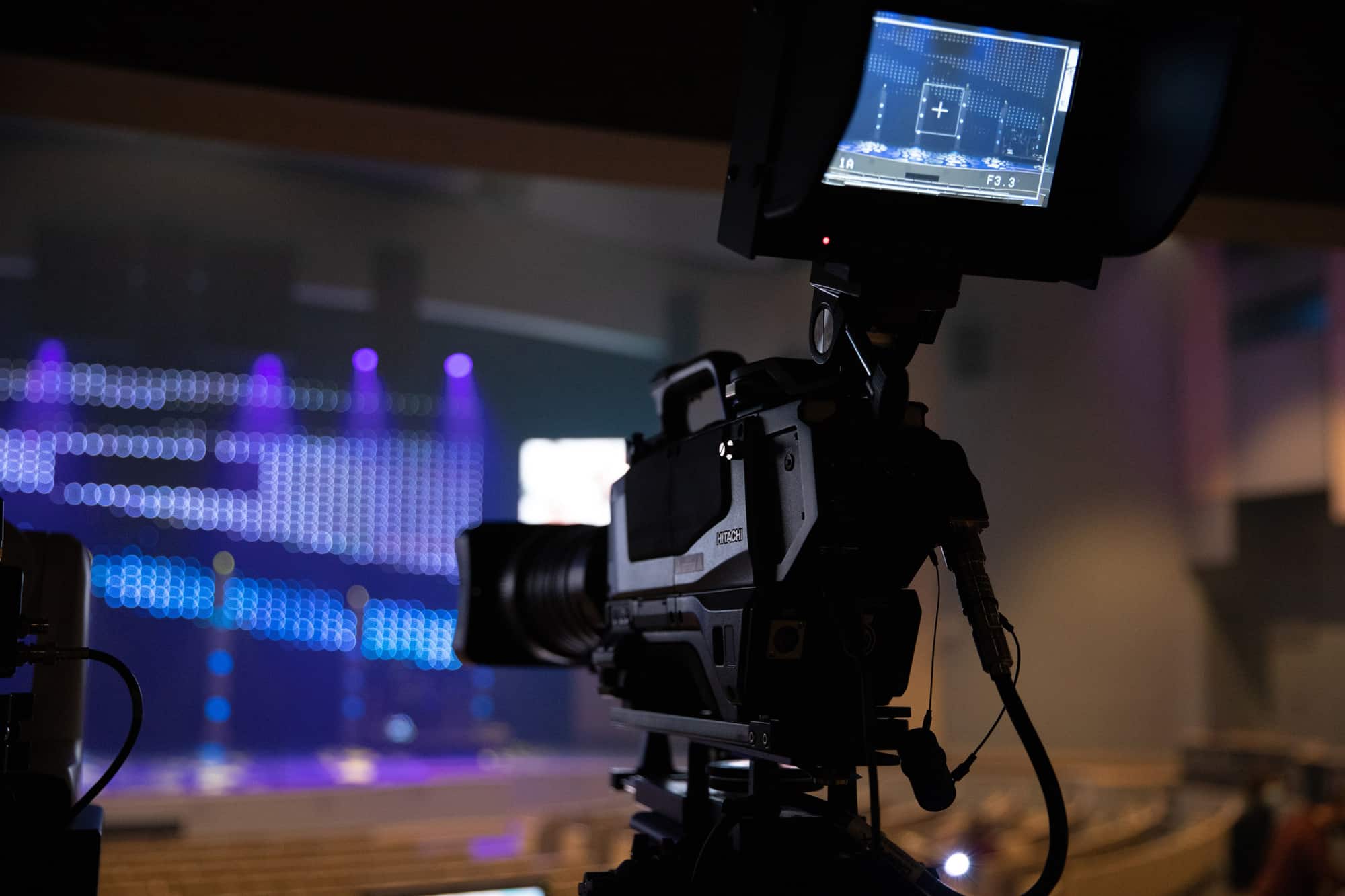 Video has been instrumental at Orchard Hill Church since its founding in the late 1980s. In addition to live image magnification (IMAG), church staff pre-produce video segments that are incorporated into weekend services. “Video has been part of the bread and butter of our church’s culture and our organization, and it has blossomed over the 30 years of development and growth of our church, “ said Josh Thomas, technical producer at Orchard Hill. “We have always put a high value on production quality.”

Improvements to Meet the Changing Times

Orchard Hill’s sanctuary had been originally designed as a performance-style space, where churchgoers could watch the services without actively engaging. Recognizing that its culture had shifted over time with attendees wanting to be more involved, the church undertook a major remodeling of the sanctuary – from the layout of its seats to its audio and video systems. “In addition to our architectural changes, the upgrades of our video infrastructure, acoustics, and IMAG approach were designed to let people walk in and immediately feel like they are participating in something, rather than just observing it,” explained John Cornelius, technical director at Orchard Hill.

The Choice for Hitachi

Knowing of other churches very satisfied with Hitachi cameras and trusting the advice of systems integrator Key Code Media, Cornelius chose the Z-HD5500s to meet Orchard Hill’s goals. Their ease of use allowed Orchard Hill’s operators to quickly get comfortable with the cameras, which proved critical for the church’s project timing. The cameras were installed at the end of November 2020, just weeks before the church’s biggest event of the year: its live Christmas Eve production, with 11 identical services watched by in-person and online audiences.

“While the Hitachi cameras were a huge jump up in capabilities from what we previously were using, there was almost no learning curve,” said Thomas. “Our volunteers range from middle school students to seniors, and they were able to jump right in. Just knowing that the technology was so solid behind the vision and direction we were trying to execute gave me a lot of confidence.”

In addition to IMAG on the sanctuary’s dual 18 by 10-foot Absen LED screens, video acquired with the Hitachi cameras is distributed to other on-campus buildings; edited for broadcasts on WPGH-TV and WPCB; and shared with satellite campuses through the Resi streaming and hosting service. Resi is also used in conjunction with the Church Online platform for live streaming to Facebook, YouTube, and Orchard Hill’s website.

Thomas applauds the visual fidelity of the Z-HD5500 cameras, as well as the depth of configurability and control that they offer. “Our picture quality has greatly improved,” he said. “Our audience instantly noticed and appreciated the difference. The cameras’ extensive settings also enable creative flexibility vastly beyond what we were capable of doing before in terms of creating an image and an experience. Settings such as knee control also help me fine-tune the picture to accurately represent a variety of skin tones simultaneously, which is important in reflecting the diversity in our community.”

Cornelius notes that the cameras’ compatibility with the church’s existing lenses was crucial in meeting its budget constraints. “Our throw from front-of-house to the stage is 65 to 75 feet, and we couldn’t afford new long lenses right away,” he said. “Being able to use our existing lenses was a huge cost savings until we have the budget to upgrade them.”

The Z-HD5500s have already helped Orchard Hill Church successfully re-invent its worship experience, and its team looks forward to further creative gains. “The Z-HD5500s are a huge step forward for us in quality, technology, and capabilities, but it felt like a small step operationally because the transition was so easy,” concluded Thomas. “We’ve only scratched the surface of the creative possibilities, and we’re very excited about our future with the Hitachi cameras.”