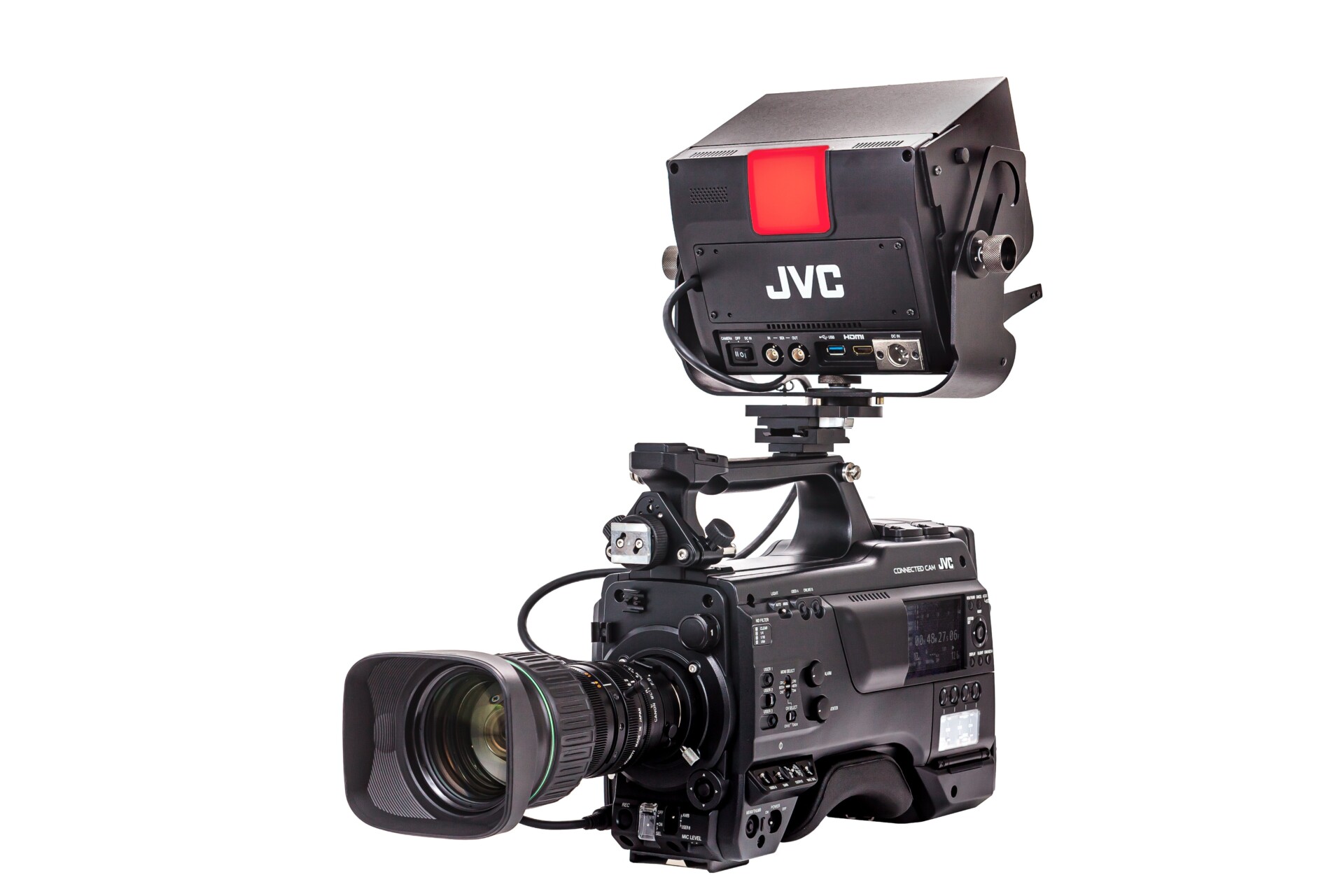 Since 1997, TWIST Integration Solutions Technology (TWISTIST)has been supplying the professional broadcast markets of Houston and the surrounding areas with AV integrations for optimum performance. When presented with the opportunity to manage the audio and video installation at a new wedding facility for Word of Restoration International Church (WORIC), TWIST IST Vice President Scott Cantrell knew he needed to integrate high-quality, flexible and budget-friendly cameras. To satisfy these requirements, Cantrell turned to JVC Professional Video, a division of JVC KENWOOD USA Corporation.

While planning the AV integration for the dedicated marriage space, which includes a chapel and reception hall, Cantrell selected two GY-HC900 CONNECTED CAM™ camcorders, each with a 20x lens and seven-inch JVC Pro HD on-camera viewfinder monitor, as well as four KY-PZ100 PTZ cameras. Cantrell and his team also designed a new central control room/studio, which features a JVC DT-N21H Pro HD Broadcast Studio LCD monitor, along with the RM-LP250M and RM-LP100 Remote Control Panels, to manage the GY-HC900 and PTZ cameras, respectively.

When making product decisions, Cantrell says JVC was an obvious choice. “TWIST IST has been implementing JVC PTZs ever since the series was first released,” he explains. “We’ve also been working with this client for a long time, and they have a history of using the brand, so it made sense to stick with the JVC line. We configured the facility with KY-PZ100s in the chapel and reception hall, and then the GY-HC900 camcorders are used in both of those rooms and the studio.”

With the addition of JVC equipment throughout the facility, WORIC now has a dedicated space to film and stream weddings. “Between the 30X range on the PTZs and the ability to put all the cameras on the same network with one controller, it’s the perfect solution for this church,” continues Cantrell. “The PTZ’s zoom makes it easy to grab shots, and the streaming capabilities of the CONNECTED CAM enables the church to offer broadcasting options to their clientele. The control room is also centrally located in the new building, which is an ideal placement for all the camera systems to be controlled from a single location for the entirety of an event.”

Beyond the new build, WORIC has been using JVC solutions for years. “The church’s traditional services are held in the main sanctuary, which is completely different from the new wedding infrastructure,” he says. “In the main space, the church uses legacy JVC GY-HM890U HD cameras with multicore studio configuration, and three of the KY-PZ100 PTZ cameras.”

TWIST IST has also been a supporter of the brand for many years.“ When I start talking tech with customers, I always have to mention JVC,” adds Cantrell. “It comes down to product capability and price range. You can put the brand head-to-head against its competitors, but JVC always beats out other manufacturers at the same and higher price points. On top of that, I always get amazing support from JVC Professional.”