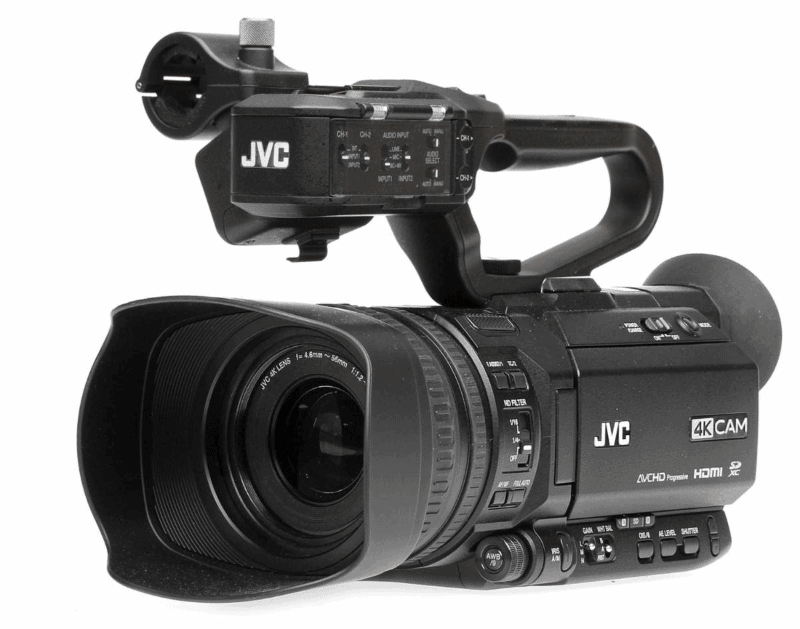 JVC Professional Video has announced the expanion of its live streaming features for its GY-HM250 Series 4K camcorders. Specifically, JVC’s 250 Series 4KCAMs will now include SNS video streaming with vertical and square guidelines on the viewfinder to ensure an ideal image capture on a variety of platforms and devices.

The company is also adding direct streaming to YouTube Live to the GY-HM250. In addition, the firmware update also incorporates additional features, such as Face-Only Auto Focus (AF), Digital Image Stabilizer (DIS), Zoom Ease and Auto Color Matrix Adjustment under LED lighting, not only for the GY-HM250 but also for GY-HM170- and GY-HM180-Series 4KCAMs.

“JVC prides itself on being at the forefront of streaming video production and we are excited to expand these capabilities within the 250 Series,” says Joe D’Amico, vice president, JVC Professional Video. “As a Facebook Live Solution Partner, we know that it’s vital to lead the charge on high-quality video content for social networking services and these forthcoming firmware updates further emphasize our support and commitment to this market.”

JVC’s 250 Series cameras will also be able to produce streams in vertical (606×1080 and 404×720) and square (1080×1080 and 720×720) formats. This includes not just safe markers, but actual streams with vertical and square resolutions. With this update, the Easy Setup feature can be utilized by GY-HM250 users for real-time broadcasting on YouTube Live pages. Previously available only for Facebook Live, it allows users to stream in seconds versus having to type-in and adjust a range of settings beforehand.

Further, YouTube Live users can schedule streaming with a specified start time. The new firmware update also incorporates a Multi-camera Score Overlay feature specifically for the GY-HM250SP 4KCAM, which enables users to duplicate score overlay information between the primary camera and up to three replica cameras.

With the new Face-only Auto Focus function, users of 170-, 180- and 250-Series 4KCAMS can choose between a variety of face detection settings, depending on the filming situation. Included among these are the ability to increase sensitivity, select framing, react to brightness or react only to the face. All three cameras will also offer a Digital Image Stabilizer (DIS) for HD mode, in addition to the existing Optical Image Stabilizer for 4K, HD and high-speed modes. DIS will give camera operators more direct control over the image stabilization.

The JVC 4KCAMS will also incorporate an Auto-Color Matrix Adjustment for use under LED stage lighting, which is popular in concert and other live performance applications. With the “full auto” function turned on, the cameras can reproduce a natural color tone under LED, where previously it would cast awkward shadows and fringing. Lastly, the new Zoom Ease feature reduces the speed change shock of the zoom operation by providing a gradual ramping up of the transition.

The new firmware will be available as a free download from the JVC Professional Video website in the New Year.