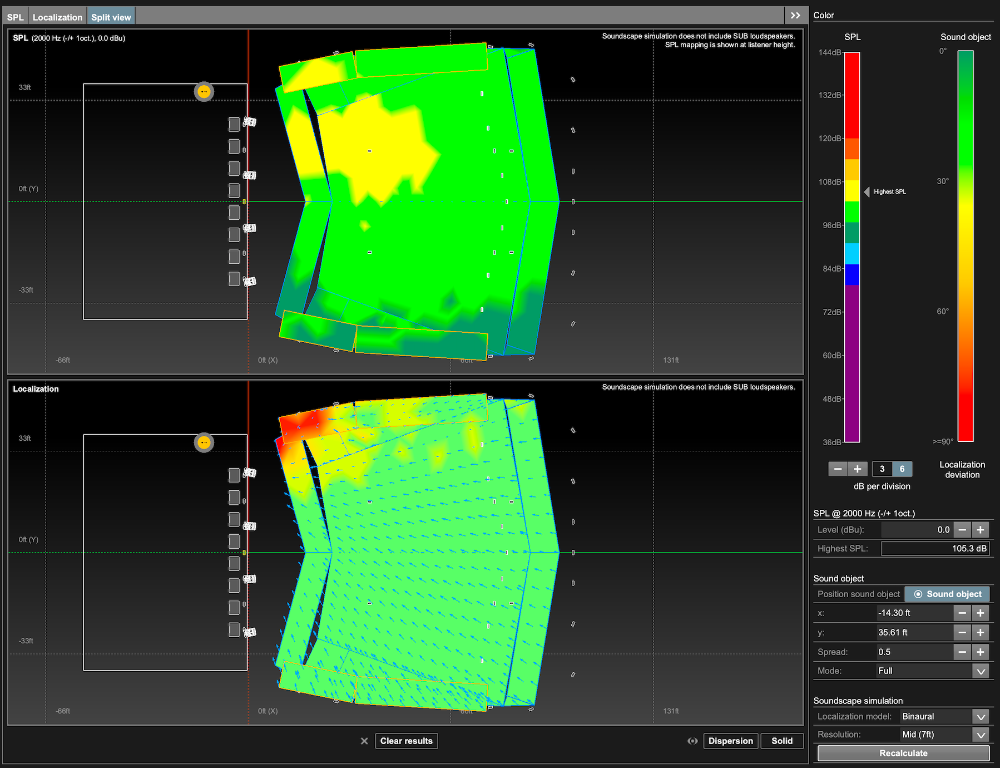 “The introduction of the En-Scene simulator is a major paradigm shift in the way we model sound,” says Georg Stummer, product manager of advanced systems for d&b audiotechnik. “The software gives sound engineers and technicians a design and planning tool that matches their creative reality and makes the experience upgrade that Soundscape delivers more accessible than ever.”

The En-Scene simulation tool enables users to evaluate how the spatialization created with a Soundscape system will be experienced by the audience, enabling them to better optimize the system design early in the planning phase of a production. The En-Scene simulator also demonstrates Soundscape’s ability to improve the overall production and listening experience through object-based processing.

“This is a big step forward for spatialized & immersive audio in live sound,” continues Stummer. “Now, for the first time, we have had a tool that models beyond the standard measurable audio parameters to consider psychoacoustic factors that affect the experience created and the audiences’ perception of the sound.”

En-Scene simulation models sound pressure level distribution and perceived object localization for object positions. It creates a simulation of the entire system configuration: the acoustic performance of the loudspeaker system, combined with the En-Scene processing of the DS100 system processor (including all parameters already set by the user).

Specifically, the new tool predicts how effective the perceived localization of the sound object is for each listener in the audience area(s). This psychoacoustic calculation is performed by two different models in parallel:

Since localization is a parameter of the listening process and human perception — which is to a certain extent individual, and is also influenced by external parameters — users can switch between the visualization of the two models at any time according to their preferences and other requirements.

Direct sound SPL mapping of an En-Scene simulation will show maximum level and level distribution over listening areas depending on the sound object’s position. This allows users to objectively verify the signal distribution over listening areas for different sound object positions. The simulation also allows them to optimize the efficiency of the system design including number, type and positioning of loudspeaker cabinets. Importantly, this means that a Soundscape system can now be planned and evaluated as efficiently and accurately as conventional d&b system designs within the same d&b workflow.

“Every user in the production chain can now work with the simulation tool and experiment with Soundscape for nearly every application type,” Stummer concludes. “The simulations that are now possible answer the questions about distributed systems that we couldn’t before, like, ‘If I add a loudspeaker, what difference does it make to the audience’s experience?’ We have entered a new era of science, from measuring to modeling, where there is an accurate and easy way to show first-hand how a Soundscape system can improve overall production and the listening experience.”

The Soundscape simulation is part of the d&b ArrayCalc software available for free download from the company website.