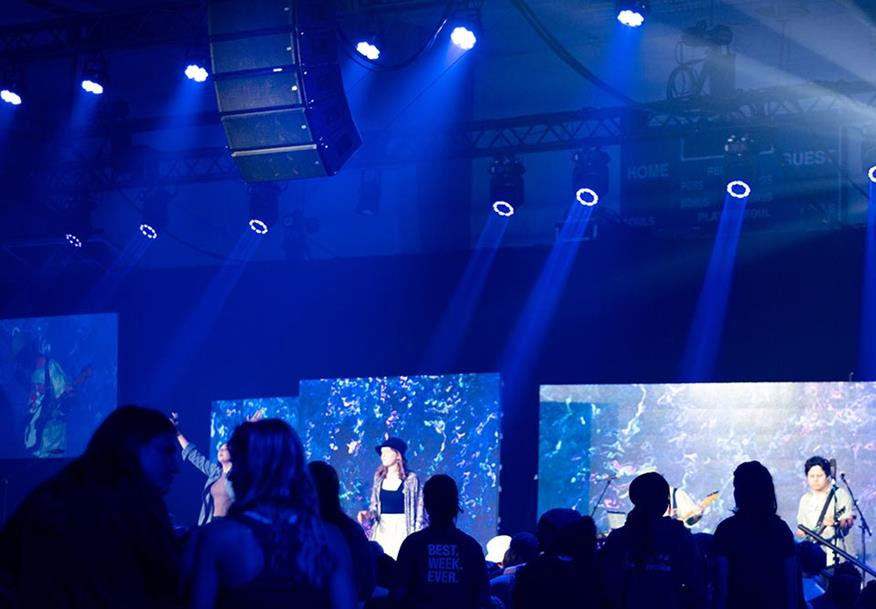 Cincinnati-based Access Audio, a full-service production company with staging, audio, video and lighting that came onboard as a member of the VUE Audiotechnik rental network in 2015, recently deployed its al-8 line arrays in support of the Student Ministry High School and Middle School Camps at Camp Chautauqua in Miamisburg, OH organized by Crossroads Church (of Cincinnati).

The three camps in late July presented live performances of contemporary Christian worship music that were supported by four hangs of al-8 arrays, each with 6 elements. The arrays provided left-right front of house coverage along with left-right fill. In addition, individual al-8 elements were placed on the front edge of the stage to supply fill for those standing closer to the stage.

Chris Knueven, Director of Operations at Access Audio, explains, “Weight limitations per point and the need for wide-coverage led us to the decision to use all VUE al-8. This provided the most consistent frequency response and helped to keep points under weight. Being our first major shows since Covid, the al-8’s ease of rigging and setup made load in and load out a breeze. This saved time and frustration, and allowed contractors to get back into the flow easily.”