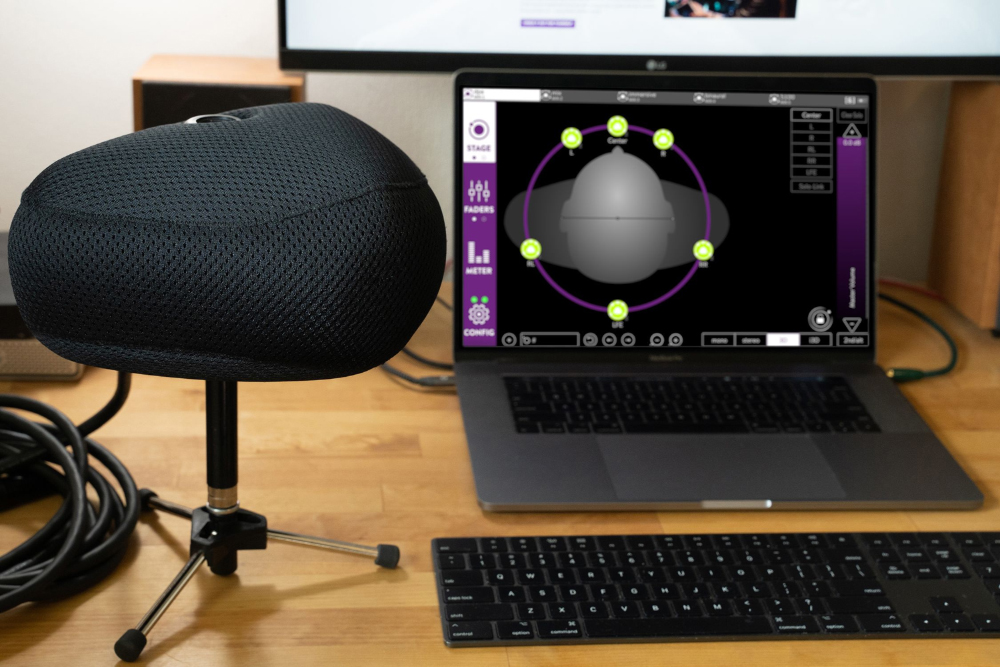 DPA Microphones and KLANG:technologies have collaborated on a new system designed to enable live event teams to immerse singers and musicians in their on-stage performances that integrates DPA’s 5100 mobile surround microphone and KLANG’s immersive mixing processor.

In addition to the benefits of KLANG’s panning capabilities, the use of DPA surround mics is intended to replace the need for large quantities of microphones to capture the entire environment. Engineers from both brands saw a bridge between the technologies. Dedicated pre-sets can be integrated through the KLANG:app, a control application for all KLANG immersive in-ear mixing processors, including the just released KLANG:vokal and KLANG:kontroller. DiGiCo users can also take advantage of the workflow implementation on the surface of their SD or Quantum range desks.

In addition, KLANG will add unique presets to its in-ear technology that work directly with the 5100 surround microphone. “The goal is to make it even easier for people to assimilate the DPA 5100 with all our solutions,” says Dr. Roman Scharrer, CEO of KLANG:technologies. “For touring engineers, it’s always important to have a really straightforward, fast and reliable workflow to get the best possible result; the DPA 5100 used in conjunction with KLANG’s immersive in-ear technology is the perfect approach. We’re excited to have been able to collaborate with such a premier surround microphone manufacturer as DPA and look forward to the incredible productions that will result from this solution.”

The new system is designed to make it possible to have a fully immersive live experience with a conventional set of stereo headphones or in-ears that makes the artists feel as though they are listening to the performance without the isolating effect of IEMs. KLANG’s specialised functionality allows its in-ear users to hear each area of the venue from the exact position at which they are standing. For example, the main performer hears drums behind them, keys to the right, audience to the front.

The brands first collaborated on this effort when the KLANG team created a branded app for DPA to use during trade shows. “We were very impressed with the way the KLANG software allows performing musicians and show attendees to move through the different sound sources,” explains Kalle Hvidt Nielsen, CEO, DPA Microphones. “We realised that the DPA 5100 and KLANG’s technology would be a powerful tool for live productions. The DPA 5100 has been a great solution when needing to capture an arena full of people for a recording. With this collaboration between DPA and KLANG, live sound engineers are afforded an integrated, complete audio capture solution. We’re excited to see how the pros deploy this system for monitoring, but also look forward to the benefits it will bring to recording and streaming concerts.”

Incorporating five built-in pressure microphones, the 5100 is designed to capture low-end frequencies from across long distances, while still delivering a natural sound. The arrangement of the microphones within the 5100 follows ITU standards for surround and eliminates gaps between the front and rear positions.

“The 5100 is also incredibly lightweight, which makes it possible to hang from the rig if needed, allowing monitor engineers to easily and efficiently set up the stage,” adds Bo Brinck, Global Sales Support Manager, DPA Microphones. “Additionally, the DPA 5100 is now seeing a new objective as a 5.1 surround microphone on stage to capture the ‘being there’ experience for each musician. This is especially true when incorporating the directional functions of immersive in-ear technology of the KLANG systems.”