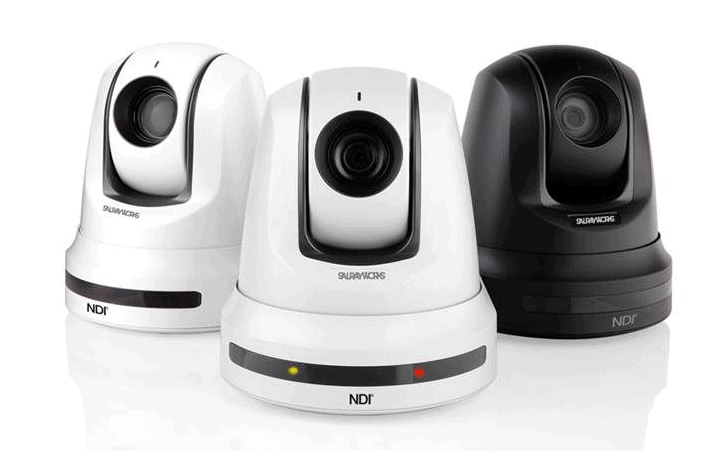 Specifically, the company has announced the launch of the Sharon Series PTZ cameras that incorporate NDI version 4.5 technology implemented on an Intel FPGA through Salrayworks’ own technology, and plans to use that as the entry point to 4K. NDI is a high-performance video-over-IP standard that allows use of real-time, low-latency video on existing gigabit networks.

This month, Salrayworks is scheduled to launch a series of PTZ models including the Sharon 360 model which can rotate a full 360 degrees. It uses Sony’s 30x zoom sensor which has excellent AF performance. Meanwhile, the inexpensive Sharon 20 model with a 20x zoom, manufactured in Korea, will be released early in January. Salrayworks is intent on bringing the low latency and high-quality video of high bandwidth NDI PTZ cameras for end users such as houses of worship, schools, conferences sports producers.

The Sharon 360 PTZ camera has focused on an overall circular design that does not point to a specific person or object. The zoom head can be rotated 360° so you can shoot to the rear of the camera. Both the Sharon 360 and Sharon 30 are equipped with the highest specification Sony 30x optical zoom, enabling natural color, accuracy, and fast auto-focus.

The models being released are all 1080p HD and next year, PTZ cameras that combine 4K60 and high bandwidth NDI are slated for release. Sharon Series PTZ cameras are shipping this month.