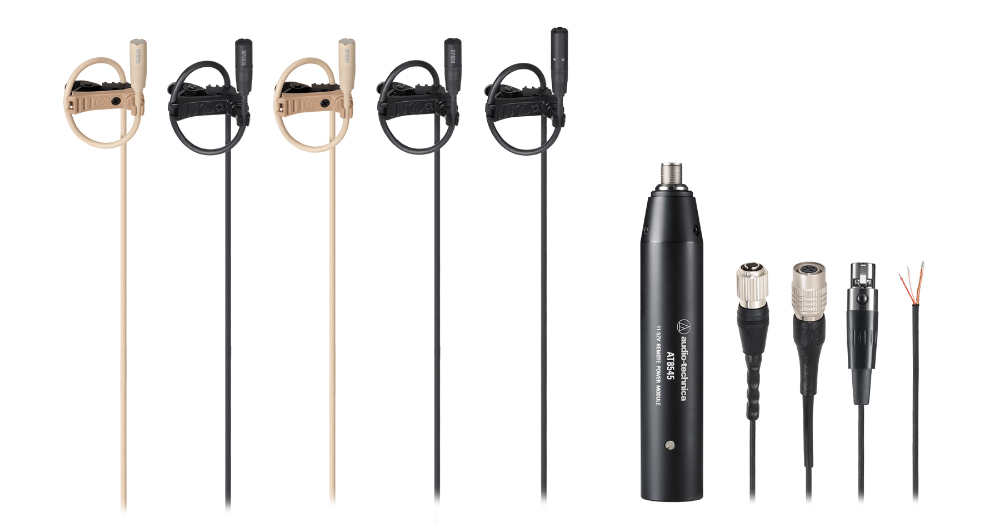 Audio-Technica has announced the introduction of the low-profile BP898 (cardioid) and BP899 (omnidirectional) subminiature condenser lavalier microphones — direct replacements and upgrades to the existing AT898 and AT899 — available in a number of different terminations for wired or wireless use.

Both microphones are stated to have a wide dynamic range and tolerance for high sound pressure levels to help ensure more intelligible, natural-sounding audio for applications such as stage and television talent, lecturers, and worship leaders. The miniscule design (5.3 mm in diameter) is well suited for applications requiring minimum visibility.

The BP899 has an open-diaphragm designed for maximum frequency response with protective mesh that repels sweat and other moisture and provides lasting performance. It includes a resonance cap that can be applied to the mic for greater intelligibility and to direct sweat and moisture away. The BP899 is also available in low-sensitivity versions for dynamic theater performances or other high-SPL applications.

Building on the performance of the AT898 and AT899 lavalier mics, the BP898 and BP899 offer significant upgrades, including higher quality cable-build (the urethane elastomer cable with a double-spiral shield wire provides added flexibility, strength, and resistance to abrasion and moisture, and the signal line of the cable employs a high-durability CuSn [copper and tin] alloy that enhances corrosion resistance and increases longevity.

Also included are two new windscreens that snap onto the mic, each with a clasp that keeps the windscreen securely attached. The capsules are fitted into a rugged metal housing to shield the electronic circuitry from external electromagnetic noise. Both mics are RoHS compliant.

The new BP898 and BP899 subminiature condenser lavalier microphones are now available with U.S. MSRP pricing ranging from $179 to $289.