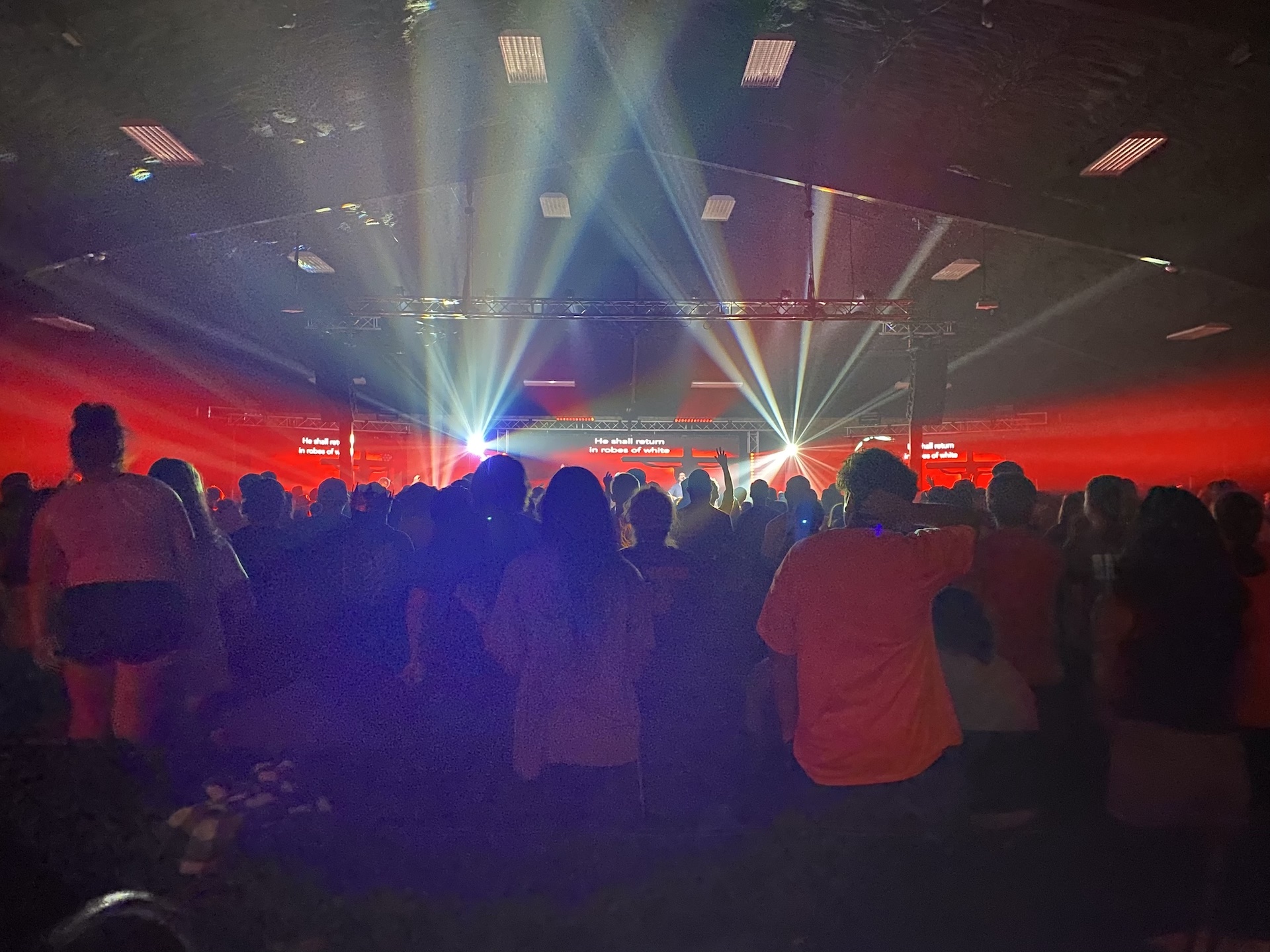 Impact Youth Camp consists of several cooperating ministries across Texas that’s led by Youth Pastors. It has been an annual summer camp for many years, to which ’til this day, Di-Tech AV has played a major role in. With a new vision in mind to transform the worship experience, the Pro Audio, Video and Lighting Company used some MEGA-LITE Linebot Q480 and MB1 units to enhance the camp.

The Linebot Q480, is a linear moving head unit that will allow you to create an unforgettable worship experience. Powered by 12 bright 40-Watt RGBW LEDs, this unit can be used to create desired effects for a variety of worship atmospheres. Featuring a broad spectrum of colors, it can produce pastel to saturated color combinations that will paint and transform an entire area depending on the desired mood.

Combined with the 12 individual pixel mapping control, it was designed to spread creativity in linear lighting. The strobe can be controlled to add a small to large strobe effect at different speed settings, depending on the need for it.

Changing the ambience from a calm to a high peak moment during a worship service can be accomplished easily when combining all of the features this unit has to offer. The high output LEDs can be used to produce aerial effects or highlight one to all performers and objects on or off the stage. With a 3º to 54º zoom range, the unit offers two zoom sections that offer even greater control.

Although it was designed as a linear fixture, the 2 zoom section function gives you the freedom to expand on the linear effect. The sharp degree angle gives the incredible ability to create piercing narrow angles that can form a harmonious curtain of light effect. The bright wide angle allows you to wash the stage and crowd. For even greater control, the motorized 210º tilt is further enhanced with the 16 bit movement that produces a seamless tilt rotation.

The Linebot Q480 mechanism was designed to be used in numerous ways. It can be grounded to be used as uplighting on a stage, or mounted using the included dual quick-release clamps. Whether it’s rigged horizontally or vertically, it can achieve a sleek linear design. The removable side alignment guides allow multiple units to be easily daisy chained efficiently, for a seamless setup.

Using these Features for Maximum Impact

“The Linebot Q480 is a very impressive, bright light that creates unique looks. For this event we used several of them to create a clean box look around a video wall system and the brightness extended from the stage to the audience,” said Di-Tech AV Owner Paul Guthrie.

“Aside from the linear effect, we were also able to wash the audience and paint the room with a multitude of colors depending on the desired mood. The individual segments are so defined that they created a set of unique looks. Even though this is just a linear unit, the 2 zoom control sections allow you to change that effect. Overall, we were very impressed by the way we could use them in worship.”

Using Other Units to Enhance the Design

In addition to the Linebot Q480 design, Guthrie also included the 4 MB1 units to add some extra features and looks.  The MB1 is a powerful beam moving head that can contend with similar larger units. It houses an 80W LED and has the capability of projecting a strong output and long throw. It is equipped with an 8-facet circular and 6 facet linear prism that can create a unique aerial effect. The unit features a frost filter, remote focus, fixed gobo wheel and color wheel that can be used to generate a variety of color and visual combinations for applications such as at this event.

“I was very impressed with the capability of this small fixture,” said Lighting Designer Nash Best. “They were surprisingly very bright and actually powerful enough to project almost as good as our larger PR Lighting 330 BWS. The accuracy and speed of this unit enhanced its ability to mix with the gobo scroll during the worship.”