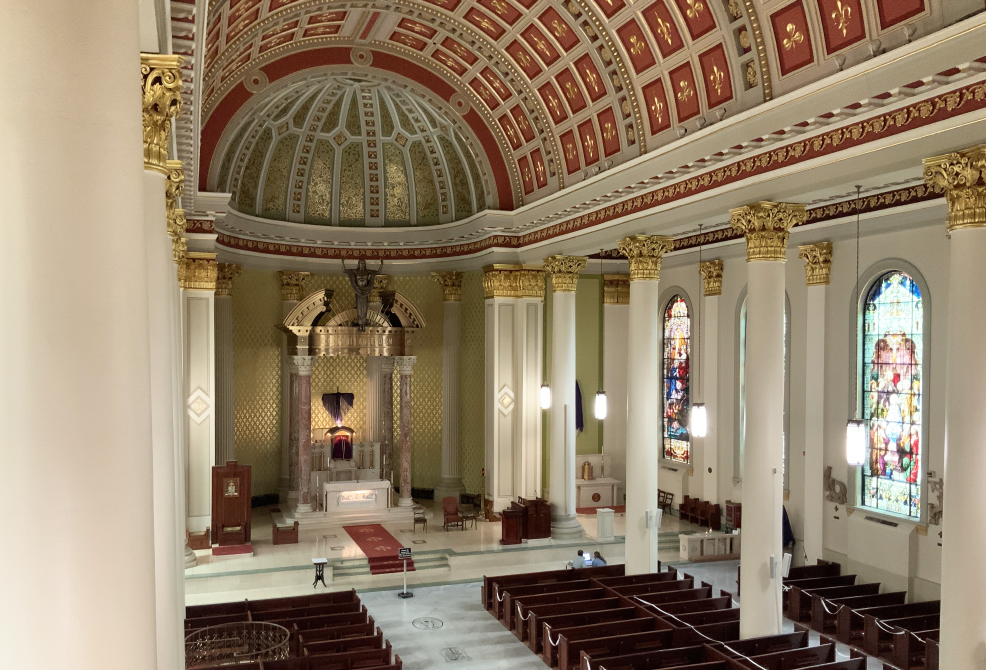 Renkus-Heinz loudspeakers were recently installed at the Cathedral Basilica of the Immaculate Conception in Mobile, AL as part of a new sound reinforcement system designed to help overcome the sanctuary’s acoustically challenging design, which includes high and curved ceilings, large stained-glass windows, wooden pews and acoustic shadowing due to the building’s columns.

The previous attempt to redesign the sound system over-compensated with pairs of relatively short column arrays on each of the pillars – 18 in total. The large number of loudspeakers resolved the acoustic shadowing issue behind each column. However, each array was too short to effectively control the lower- and mid-frequency-range output, and as scuh, they delivered a significant amount of unwanted energy into the highly reverberant space, compromising intelligibility.

When Reverend Monsignor William Skoneki was named Rector of the Cathedral Basilica of the Immaculate Conception, he reached out to Joe Fulton, the owner of Mobile-based Modern Sound & Communication, to improve the audio performance. Richard Hembree of rep firm Griffith Sales Associates also met with Skoneki to discuss the challenges of the space and collaborate on a new direction.

After becoming familiar with Renkus-Heinz from his previous position at Saint Michael the Archangel, Skoneki thought that the company’s ICONYX beam-steering loudspeakers would efficiently address the situation. “Monsignor Skoneki’s familiarity with the quality of the Renkus-Heinz ICONYX line made this a pretty straightforward upgrade,” says Hembree. “We held a live demonstration of our proposed system for the ministry team and key leaders, and everyone was very impressed.”

The sound team specified and installed a pair of ICONYX IC32-RN arrays for the front of the nave, supported by a pair of SA112-RN subwoofers on the far left and right. The altar area is covered by a pair of Renkus-Heinz DC12/2 steerable arrays that are time aligned with the mains for a smooth transition.

“The first thing the team, including Lead Technician Travis Ashcraft, did was remove all previous system loudspeakers, which made church leadership very happy,” explains Doug Brazeal, Systems Engineer at Modern Sound. “The new speakers have a compact design, and their color is such a perfect match, that they virtually disappear- creating an architecturally pleasing installation. With the greatly improved aesthetics and sound coverage, everyone is very happy.”

Fulton adds that the final system performs to expectations, is aesthetically pleasent, and is also easy to use. An attendant now simply clicks the “go live” button on the computer and the sound system automates, “They literally just turn on the sound system, walk up to a microphone and speak,” he says.

“We first used the new system for our Archdiocesan Chrism Mass in late March,” Skoneki concludes. “Afterward, one of our older priests approached me and said it was the first time he had been able to hear and understand the Archbishop at a Mass in the Cathedral. The spoken word through the new system is much clearer.”