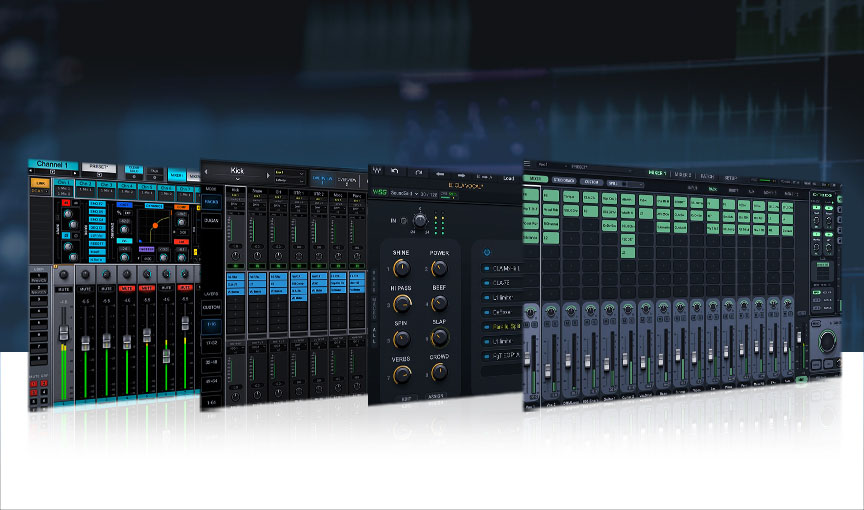 Waves Audio has announced new updates for all Waves SoundGrid applications, including the eMotion LV1 live mixer, the SuperRack plugin chainer for live sound processing, and the SoundGrid Studio and StudioRack applications for recording and mixing in the studio.

The added synergy between Waves’ studio applications and both DAWs streamlines REAPER and Bitwig Studio’s workflows for channel routing and auto-configurations throughout the recording process. The automated DAW sync is designed to recording sessions flowing with faster channel routing and switching, which until now had to be done manually.

Also new in Waves SoundGrid Studio is support for the Waves MyMon personal monitor mixing app, which gives musicians direct control of their monitor mixes during the recording process via any mobile device. New resizing/rescaling options added to the eMotion LV1 live mixer and the SuperRack live plugin rack allow users to customize the interfaces for their specific monitor setup. SuperRack’s user interface can now be automatically resized, and a new Display Auto-Scaling mode has been added to eMotion LV1 for better support of high-res screens.