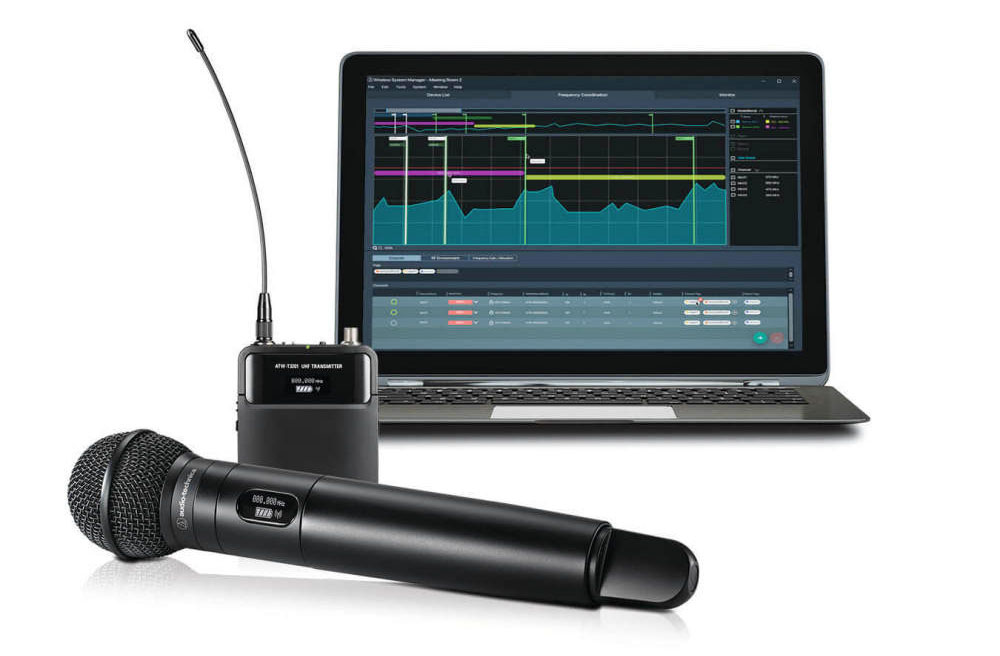 Audio-Technica has announced the version 1.2.0 update of its Wireless Manager software. It’s a Mac OS/Windows application for remote configuration, control, monitoring, spectrum management, and frequency coordination of compatible A-T wireless devices. It’s available for immediate download. Customers who have the previously installed version will be notified of this new version via in-app messaging.

What’s Included in the Update

The multi-point receiver function allows a single transmitter to switch between multiple compatible A-T network-enabled receivers that are set apart from one another. The user of the transmitter can pass from one receiver zone to the next while taking advantage of audio muting and unmuting for wide coverage without the need for a distributed antenna system.

A single transmitter can switch between 10 receivers on a single group. Up to eight multi-point groups can be configured within a single Wireless Manager session. Applications include large auditoriums/halls, houses of worship, sporting events, and education campuses. It also includes other venues where installing long RF cable runs with antennas and necessary antenna management could become cumbersome and expensive.

Wireless Manager is compatible with all wireless devices operating in the UHF spectrum. When used with Audio-Technica 5000 Series (3rd generation) and 3000 Series (4th generation) with network control and monitoring, the software can coordinate and control all connected systems. It can also interface with and monitor the latest 3000 Series networked chargers.

Wireless Manager software version 1.2.0 is available for download from the company website. And go here for more specifics on A-T wireless systems.