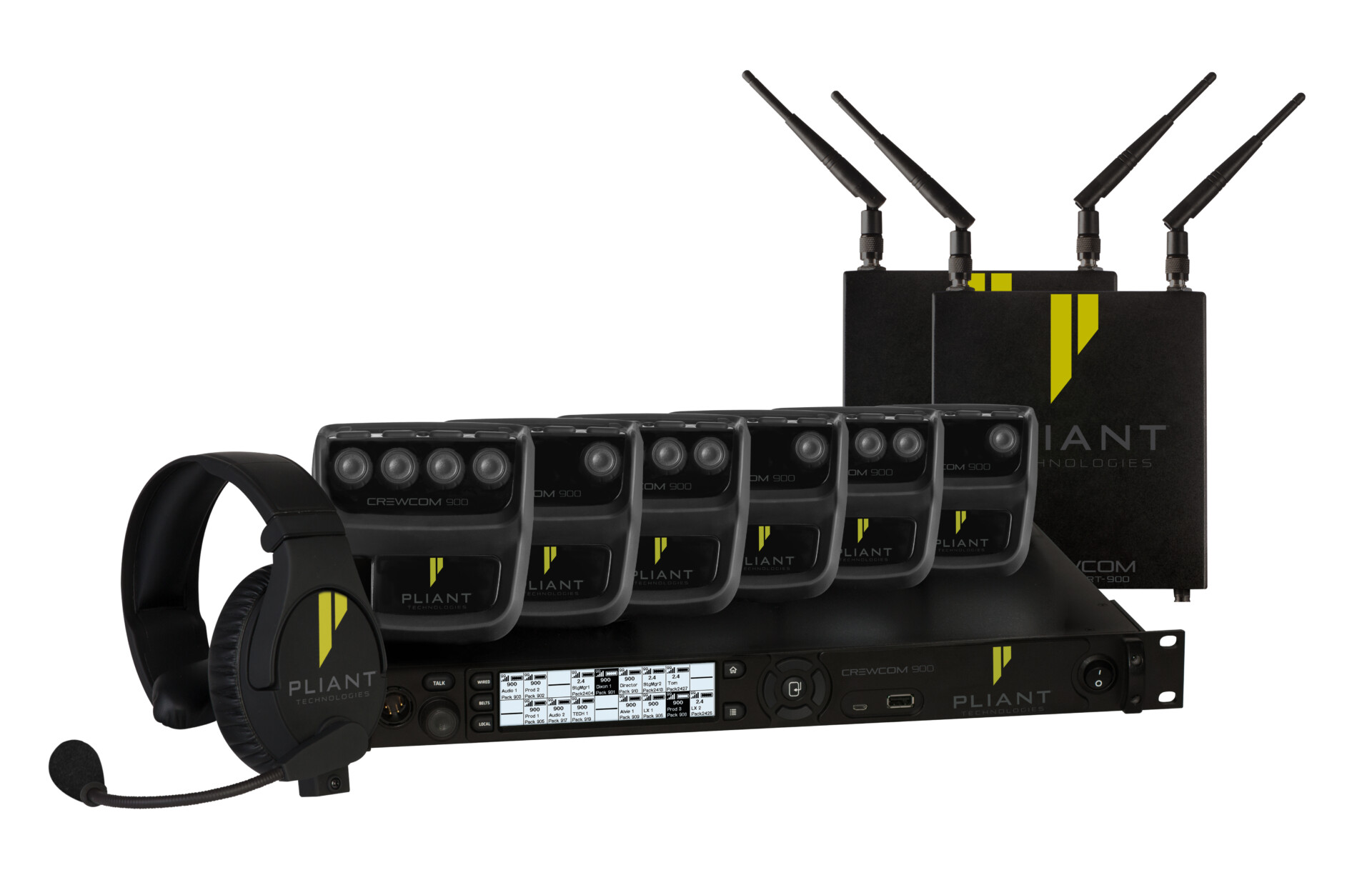 Mix3 Sound worked with Iglesia Comunidad de Fe for its outdoor conference, MEGA CIM, which was the first time Orozco had used CrewCom. “The venue we rented for the event had too many runs and limited access for cables, so the crew at Mix3 Sound brought the CrewCom wireless system to our attention,” says Orozco. “Once they reassured us the system was going to allow us to cover the entire venue, we were eager to see it in action. Once we used it, we knew we needed the CrewCom wireless system in our church.”

The decision to replace the church’s existing intercom system was born out of necessity as the wired solution was too cumbersome. In addition, the lack of reliable communication led to too many errors during productions. The new CrewCom intercom solution for Iglesia Comunidad de Fe was comprised of one Control Unit (CCU-22), two Radio Transceivers (CRT-900), 12 2-Volume/2-Conference Radio Packs (CRP-22-900), along with Pliant’s SmartBoom headsets.

“We have been very happy with our CrewCom system since we bought it,” adds Orozco. “It is super-easy to use. You literally only have to push one button on the radio pack, which is great since many of the people using it are volunteers who have little to no professional A/V training. In addition, we can hear each other a lot better on the headsets. The sound is amazing and we never have to ask anyone to repeat even with loud music playing in the background.”

Orozco has also been impressed with the CrewCom system’s build quality and reliability. “I haven’t had any issues with our new intercom,” says Orozco.“CrewCom is being used on a daily basis, including most of the day on Sunday, and it has been great. The durability of the system is a testament to Pliant’s workmanship.”

In addition, the Pliant system has been beneficial for larger events. For a recent event, the church had more people added to the show and were able to rent extra units. “We were up and running with extra radios in minutes,” adds Orozo. “CrewCom is a wonderful addition to our church.” More information about Pliant Technologies is available at www.plianttechnologies.com.

Church of the Highlands Expands to New Location

Since its founding in 2001 by pastor Chris Hodges and a core group of 34 people, the growth of Church of the Highlands has been nothing short of astounding. In that time, the multi-site megachurch has grown to two dozen campus locations, mostly in central Alabama and...

ElektraLite’s lighting fixtures have long been reliably making tours, studios, installations, and other professional environments a brighter place—and for a fraction of the price that many might expect. Carrying that same mission forward, the company is pleased to...

When the University Park United Methodist Church in the Dallas suburb of Highland Park, Texas, suffered flooding last year, it was decided to repurpose some of the affected spaces as part of the larger renovation, adding two new classrooms, a gathering area and a...