The Importance of Consistency in Leadership 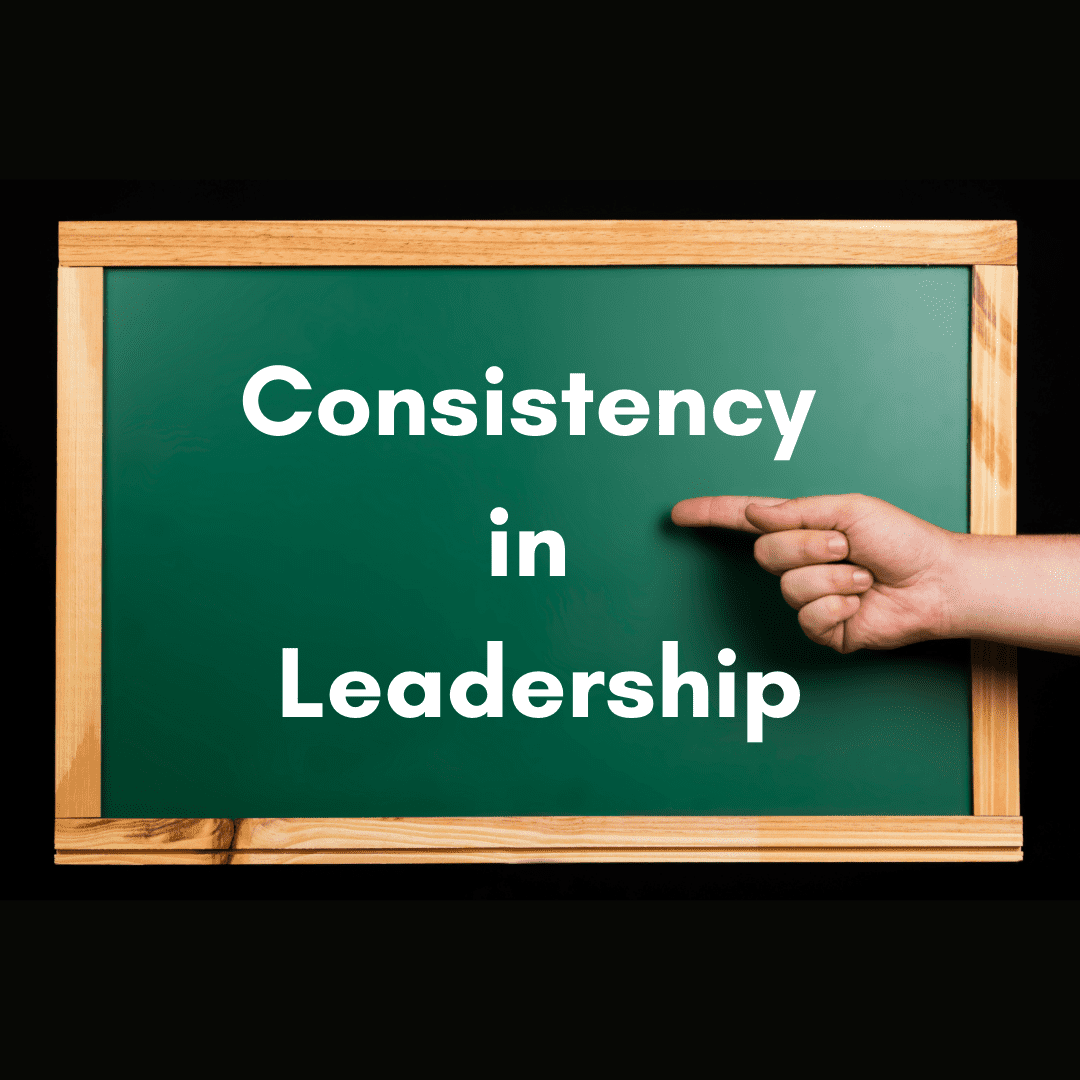 Think about every leader you’ve ever had. Think of every coach, teacher, supervisor, manager, vice president, and CEO you’ve ever known. What made them great? What made them terrible? What made them mediocre? If you look among the greats, you’ll likely find a particular trait that each of them possessed: consistency in their leadership.

A person’s nature is their essence. It’s all the non-physical things that make up who they are. It’s your mind, your character, and your heart. Your nature, (how you think, your intentions, and your passions), dictate how you operate in the world. Whether you’re at home or at work, your nature is calling the shots, most of the time.

What does the nature of a good leader look like? A good leader is fair, kind, knowledgeable, understanding, and trustworthy. Being fair, kind, and understanding as a leader simply comes down to this—you’re good with people. You care about the team and its individual members. You see them, not for the tasks that they’re doing, but for the person they are. You recognize that everyone is human, and respect everything that comes with that.

A good leader is consistent when they expect the same level of excellence or achievement from everyone on their team, including themselves. They hold everyone to the same standard they hold themselves to. They model the dedication and quality they want to see in others, and when that happens regularly, that type of leader will see their desired results.

When you, as a leader, are consistent in your nature and in your standards, you can
consistently achieve goals. The effect, in this case, is the desired outcome. It’s the target, and you’re the one that ensures the target gets hit 99% of the time.

The effect is also the environment you, as a leader, set for success. Think of it as the effect you have on people. If you’re modeling the standard you want to see, and you’re leading with a balance of humility and authority, you’re most likely going to see that reflected back at you through your team. They experience you being kind, so they’re kinder to others. They see that you always show up to meetings fully-engaged, so they will show up to meetings fully-engaged. When you’re consistent in effect, you lead with the end goal in mind.

3 Tangible Ways to Be Consistent as a Leader:

What Happens When You’re an Inconsistent Leader?

In a nutshell, you’ll lose the trust of your team or organization. Your team members and other leaders will feel like you’re unreliable or unapproachable. After that, you won’t be seen or respected as a leader.

Consistency in leadership is a must, especially in today’s ever-changing world and work landscape. The good news is that everyone is capable of being a great leader. Everyone has the potential to be unchanging in nature, standard, and effect. Show up as yourself, show up on a mission of excellence, and keep at it, and you’ll find that you’ll be leading with consistency faster than you think!