Building a Foundation of Trust: Creative VS Technical 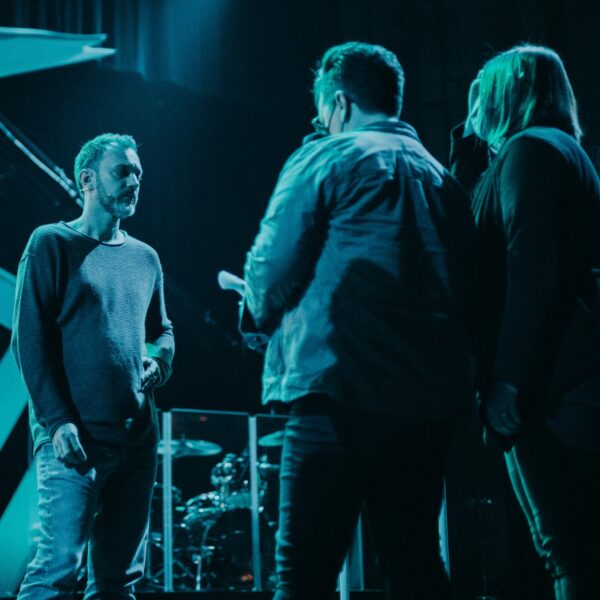 The creative process is like any good story. There is a beginning, middle and an end. There is hope. There is tension. Some conflict. Hopefully there is resolution. And everyone lives happily ever after. Right?

In many of the creative processes I have been a part of, it basically starts with hope and ends with tension. Getting to resolution was rarely accomplished, and happily ever after only happened in the movies, to other people.

On one hand, I used to think this was normal. The process is difficult and I just need to get used to it. As the person that generally needed to figure out how to make someone else’s idea happen, I felt like that was my job, so just get on with it. I viewed my role as simply a support to the people with the ideas. Being in a supportive role is not a bad thing, but for the creative process to really excel, it needs to be more of a partnership between the idea people and the technical people and not simply one group telling the other what to do and then the other just doing it.

And a partnership doesn’t happen without having a good deal of trust in each other. Which can be difficult to achieve.

On the surface, the two halves of our equation couldn’t be more different. We think differently. We respond differently. We come at the challenges of pulling off services from very different directions. With us being so unlike each other, this can oftentimes feel like we don’t get along.

In reality, this giant difference is why there is so much potential in executing creativity. Those of you with the original ideas generally have a difficult time imagining how to actually get it done. For those of you good at troubleshooting and executing on an idea, you are more than happy to let someone else figure out what we’re doing exactly…you want to help figure out how to make it a reality.

The combination of our two sides can be unstoppable. To have people who can focus on what they’re designed for, developing new ideas and figuring out how to get it done, can open up the possibilities of making things.

On paper this sounds great. But in real life, this relationship can feel more confrontational. You have an idea; it gets shot down. You are working your butt off to complete a project and the idea gets tweaked so all your work goes out the window and you need to start all over again.

Without the right perspective on how this relationship can work, we end up butting heads, getting frustrated, and feeling like the other person is not for me.

If you are the idea person, you might be worried about what will happen to your precious idea if you hand it over to someone else to execute. If you’re executing ideas, you are worried that your life might get ruined for the sake of an idea.

Each side has a unique perspective and unique challenges that need to be considered.

What I wish the production team knew: How difficult it is to have ideas.

Having an original thought is rare. Even a semi-original idea can be near impossible. Right from the start, creating something new is tough. Then, for the idea to have a life beyond just the one in your head, it needs to be shared with others.

What if people hate the idea? Beyond that, what if it is actually a bad idea? It is a part of you, and you’re really attached to it…and it is attached to you. Whether you like it or not, some of your identity is wrapped up in the idea, which is an extra layer to complicate the process.

Now you want to perform this idea in front of a bunch of people? Madness.

But unless we actually execute an idea, it remains just that…an idea. The goal of the creative process is to make stuff. And in order to do that, we need to let go of our idea and share it with others who can help make it happen.

Let’s say you’ve decided to make it this far with your idea. You’ve trusted others enough to share your idea. This is only the beginning. If a foundation of trust is to be built between you and your counterpart, you have to become trustworthy in the process to execute the idea.

You can’t just walk away and expect it to just happen. The people pulling off your idea need your engagement throughout the process. You also can’t place the value of your idea above all else. You will need to learn how to embrace all the factors, people, tweaks along the way that will require your idea to morph and change as it meets reality.

The team making your idea happen needs to know that they aren’t simply a means to an end, but a vital partner in the process of creating together.

What I wish the creative team knew: How difficult it is to execute your ideas.

If you’re in the mode of simply doing what someone asks without question, this can be a tough place to be. As someone who occupied this space for many years, I made a huge assumption that people knew how crazy their ideas were and how difficult they would be to pull off.

Right from the start, if someone gives you a task to accomplish, you want to take that idea and knock it out of the park. You want to crush it. But with so many unknowns, it can be difficult to feel confident of a positive outcome. As a result, you can tend to shoot down ideas too quickly because you don’t have a foolproof solution.

You don’t want to let anyone down, so you try very hard to create boundaries to keep the idea inside what you already know how to do. This can come out as just a lot of “No’s”, which really slows down the creative process and doesn’t lend itself to the levels of trust we need to create something amazing together.

If we are shutting down ideas, we’ve got nothing to execute. We need ideas. We need good ideas. We need to help draw out the good ideas, not squash them. We then need to bring our own creativity to the table to turn those ideas into a thing.

But if I want to trust that the idea people aren’t going to run me over with their ideas, I need them to trust me. And what does it mean to be trustworthy as a production person? Do my job. I’m talking about the stuff that has nothing to do with a specific idea, but stuff that just needs to get done. I’m talking about the parts of your job that nobody else cares about but are vital to a successful event.

For there to be a foundation of trust to build upon, we need to be willing to place our trust in others. And for that to happen, each of us needs to become worthy of that trust.

In what ways could you be more actively trustworthy to the people you work with?
How can you show your trust in the people you are in partnership with?