Getting A Handle On Church System Maintenance, Lifecycles & Upgrades 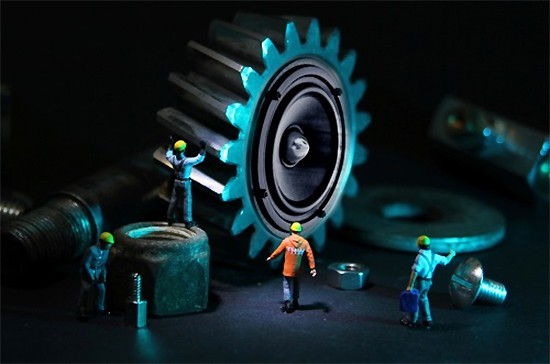 Do you replace production/system equipment based on it being worn out or for new features and functionality? When we get a new system or new piece of gear, often the last thing on our minds is repairs or the life cycle of the system.

In my view, churches are getting better at understanding professional A/V systems. I find that in general the market is more aware of the cost versus the expectation of the system, along with the willingness to spend the dollars to get it right (or at least as right as they can afford). I’m grateful for the improvement.

However, an area where I see little or no improvement is in operation, maintenance and lifecycle replacement expectations.

It’s not uncommon for a church to spend hundreds of thousands of dollars on a great sound system and then never think about who is going to operate it, and just as importantly, who is going to be responsible for maintaining it. In fact, too often I see churches balk when one of the sound techs asks for a few hundred dollars to attend a tech training conference.

The Progress Of Technology

Another factor is the short(er) lifecycle of today’s equipment. I don’t mean that stuff fails sooner; it’s more that technology keeps surpassing itself.

The church that I serve has been in a new sanctuary for only nine years. When the technical systems were designed and installed, digital consoles were in the early (and generally pricey) stage. HD video was being discussed but not widely adopted. Line arrays for permanent installations had just recently come into fashion.

All that said, my church has a great-sounding left-center-right main loudspeaker system, a premium 56-channel console, and a 12 x 16 rear-projection system that works well. Even so, we’ve started discussions on replacing some of our equipment. (Well, actually “repurposing” is more accurate, because the current stuff will be used elsewhere in the church.)

Part of the push to replace is based on age. The console is starting to have some minor issues (although nothing yet that can’t easily be repaired). But in reality, the big push is based on changes in both technology and expectations. We’ve started hosting concerts in the space, and the main system has a hard time getting over 100 dBA.

So with technology moving so quickly, what should you expect when purchasing a new system?

1) Don’t expect it to perform at its best without having qualified and trained personnel operating it.

2) Do expect it to deteriorate without regular maintenance. I suggest having systems checked annually by a professional contractor, even if there are not any apparent problems.

3) Don’t expect it to last forever. Be realistic about the life expectancy of the equipment, and more importantly, recognize that the technology in most cases will become obsolete before it fails. I’ve read that the average life expectancy of an A/V system is as little as three to five years (especially when you’re talking about video projectors).

4) Do expect to need to educate the leadership at your church as to how and why the technology needs to be updated. Actually, this is an activity that needs to happen on a consistent basis – no one likes to be surprised with a big ticket purchase that was not anticipated.

How can you go about it?

1) Upgrade as you go, a piece or two at a time. This can be a great way to keep a system current. As new, beneficial technology becomes available, cycle out the older stuff.

For example, the system is working fine and sounds good, but the mixing console is coming up on 10 years old. So it could be replaced with a newer model, and at the same time, you can be planning similar transitions for loudspeakers, amplifiers and so on.

The main problem I see with this approach is that if the leader of the technical area is not the same person for a number of years, the upgrade process can suffer from lack of consistency.

2) Take the “big leap” and do an overhaul every 7 to 10 years. I’m currently working with a large church on a significant upgrade that has taken almost five years to come to fruition. Over that time span, the design has changed and the cost estimate has increased, but what has stayed consistent is the accumulation of money to do the project.

The key thing in making a significant upgrade happen is to have a vision, backed by a concrete plan to have the money available to do it. By outlining the project at the outset and then accruing a bite-sized chunk of the cost, year after year, the church has been able to steadily accomplish its vision without having to do the typical fund raising, committee meetings, and deacon approval.

To me, both ways work – it’s just very important that the discussion gets started early and that people are on-board in their commitment to technical system excellence.

Hi Everyone, and welcome back to Production Talk with Bill.  I recently received a lot of questions regarding Facility Sound Systems so I would like to cover a few basics to clear up the most common questions. Coverage By far the most common problem we encounter...

We know that when you attend CFX’s conference & expo, one of your goals is to expand your knowledge base and skill levels. That’s why we created CFX Masterclasses this year! The masterclasses will each be held on Monday, October 24 at 1:00 PM and will last 4...

How to Upgrade Your Equipment Affordably with Used Gear

Every church in America has the same shame closet. No one has talked about it, so for decades gear has quietly accumulated in church closets across America. In 2020, Toby Walters founded ChurchGear with a mission to serve church techs' unmet needs. The biggest need he...

In the tri-state area where Indiana, Kentucky and Ohio meet, just north of Cincinnati, lies Citygate Church’s new campus, Forest Park. The church, which originated in Cincinnati and was once mobile, has grown from a small congregation into a thriving, multi-site...

Hi Everyone, and welcome back to Production Talk with Bill.  I recently received a lot of questions regarding Facility Sound Systems so I would like to cover a few basics to clear up the most common questions. Coverage By far the most common problem we encounter...

When planning for any upgrade to a church’s existing facility or a new building project, consider these things regarding the safety of your congregants and community

Strategic Communication in a World of Information Overload

Where to begin? What equipment? How much money? Here’s a good place to start.