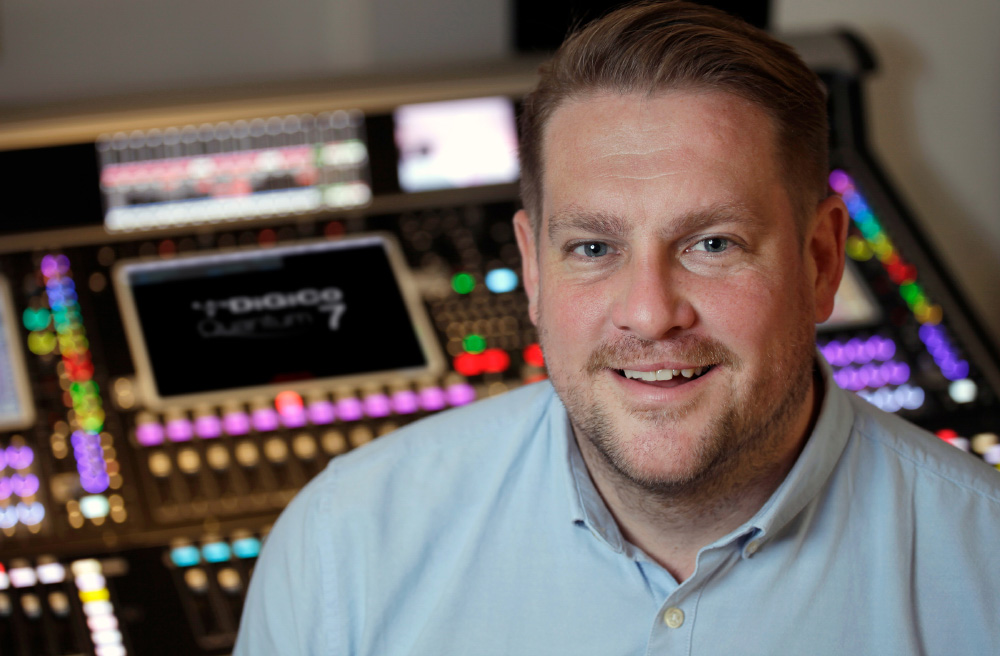 Austin Freshwater has been appointed as the new managing director of DiGiCo, effective immediately, with the directors of parent company Audiotonix (Allen & Heath, Calrec, DiGiGrid, Group One Ltd, KLANG:technologies, Solid State Logic, and Sound Devices) making the decision in part due to Freshwater’s performance amidst the unpredictable landscape of the Covid-19 pandemic.

“We were talking about Austin moving into the MD position just before Covid-19 hit, by which time it didn’t feel right for me to run off into the hills,” says Audiotonix CEO James Gordon, who held the role for the past 14 years. “I don’t think it would have sent the right message to our customers and teams.”

During the past 18 months, Freshwater stepped up behind the scenes when the negative impact on live events due to the pandemic took hold, presenting him with a challenge far sooner than most were expecting. “His performance and behavior over the last 18 months have been nothing short of phenomenal,” continues Gordon. “He’s done an amazing job in a company that, to be very honest, is used to winning all of the time.”

Audiotonix COO Helen Culleton adds, “Someone new coming in would potentially have a lot to prove within an already established team, but at DiGiCo, we nurture people to achieve. That’s always been the same for anyone who comes in; we want them to succeed.”

Freshwater notes that it was the first six months of ‘going dark’ that presented the toughest test. “We were in the office most days trying to keep in touch with everybody and keep them genuinely motivated,” he says. “Just checking in on everyone regularly and letting them know we were still around was vital. It’s been a challenging time, both emotionally and commercially.”

“Pandemic aside, he’s always been the right guy for the job,” adds Gordon. “We did surprisingly well during incredibly difficult times for a live event business, and that’s mainly down to how Austin handled the situation. Sure, he had all the right products and all the right people with him, but he still had to deliver in an extreme environment. So, where we were confident in his abilities before, it gave us certainty.

DiGiCo marketing manager Maria Fiorellino says, “He’s been an extra layer of support within the company. Having Austin with us has strengthened our relationships too, which is amazing, because our history goes back to the very beginning.”

“Cultivating relationships, I believe, is an inherent thing,” states the new managing director. “People either have it or they don’t. It’s not a skill you can learn. If you’re good at it and can harness it to build professional relationships, even better. Why wouldn’t you want to get to know people and enjoy spending time with them?

“That’s actually the hardest thing when you’re in business – growing the right team around you,” he concludes. “All of our businesses at Audiotonix have their own unique working cultures, and that’s part of the magic of each of the companies complementing one another’s ethos. We’ve hired and promoted people at each brand that we feel fit the profile of the individual businesses.”