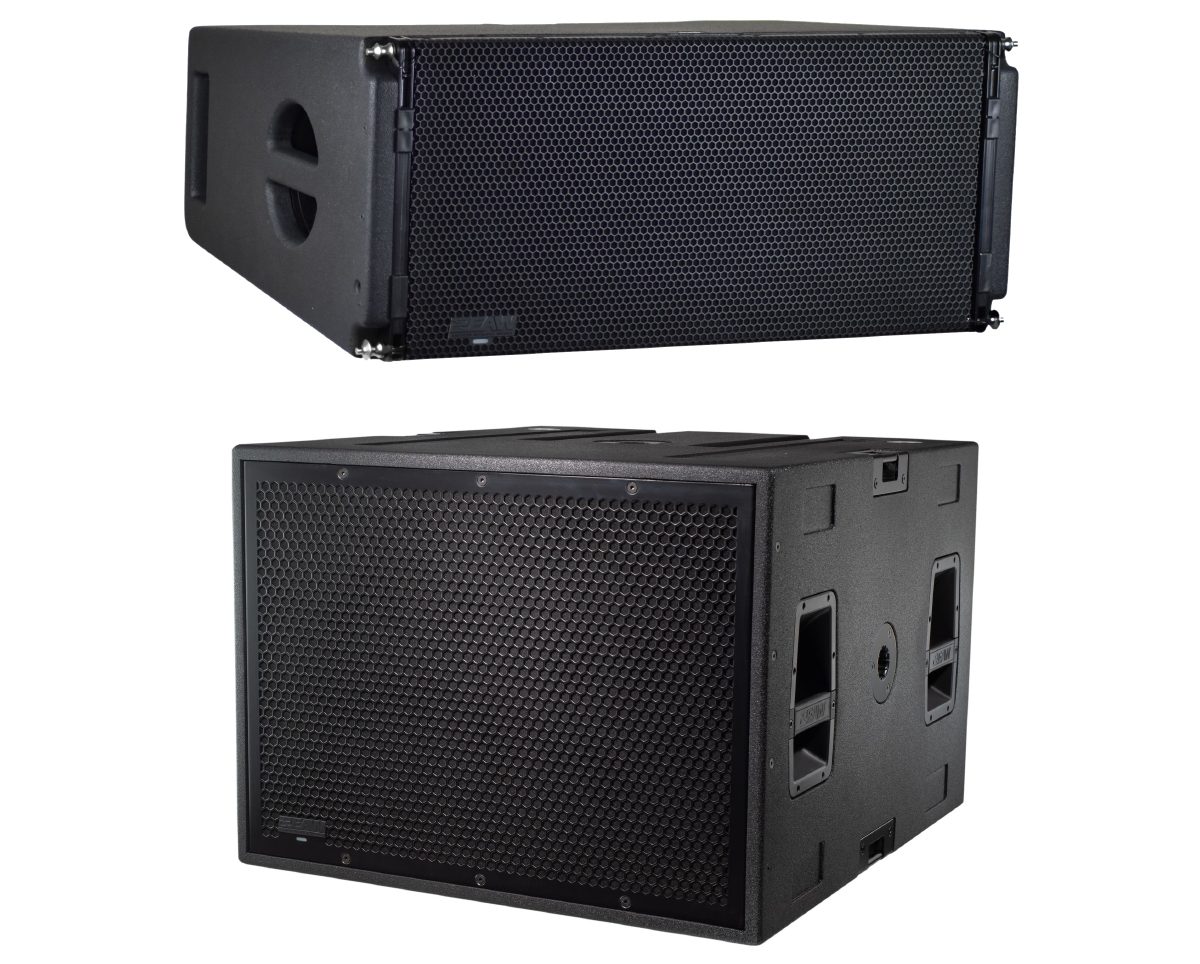 The NTX210L is stated to operate in the 55 Hz to 18 kHz range with a maximum SPL of 140 dB and dispersion of 90 degrees horizontal and 12 degrees vertical nominal beamwidth. The onboard two-channel amplifier is stated to provide up to 1,600 watts, joined by integrated Dante networking (with loop-thru) that includes analog redundancy capability, allowing the analog input to be set to automatically enable if the Dante signal is lost.

“We are excited to bring the NXT Series Line Array to market,” says TJ Smith, president of EAW. “The NXT’s advanced algorithms along with user input for trim height and start and end of coverage, enables our customers to get up and running fast.”

EAW has also introduced SBX Series active subwoofers, including both single 18-inch (SBX118, 2,500-watt amp) and dual 18-inch (SBX218, 5,000-watt amp) models. Both are stated to operate in the 25 to 120 Hz frequency range with a maximum SPL of 141 dB for the SBX218 and 135 dB for the SBX118. The neodymium woofers have four-inch voice coils. While SBX Series subwoofers are mechanically designed to complement the NTX210L line array, they can support other systems such as the EAW Anna ADAPTive and RSX Series lines.

“The SBX Series’ hefty grilel with large openings protects the woofers, resists damage and is acoustically transparent,” Smith adds. “The ultra large port, inspired by aircraft design, eliminates port noise. EAW’s DynO technology, our dynamic optimization processing, gets every last dB of performance out of the system in the most challenging conditions.”

Both SBX Series enclosures included threaded pole mounts and handles, while integrated runners on the top and sides lock the subs together to resist movement due to vibration. Support of ground stack operation of NTX arrays can be accomplished with two sets of flybar locating pins.

Both NXT and SBX series work with EAW’s Resolution 2 software that’s designed to provide system optimization as well as system design and prediction in a single application.