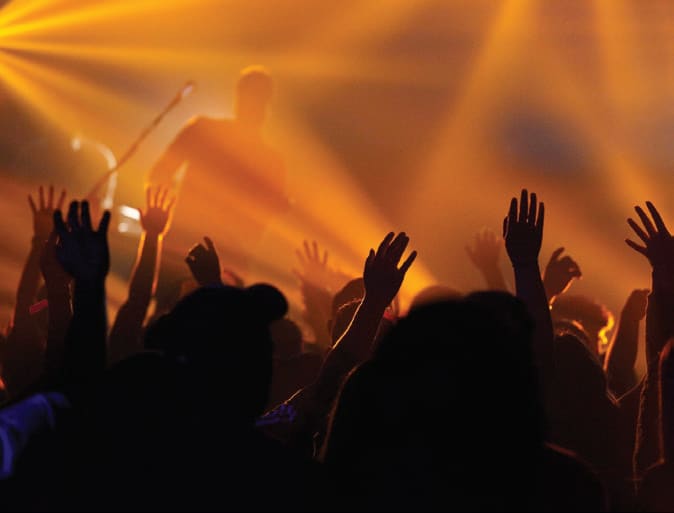 When does sound pressure level (volume) come into play to make a Sunday morning service a performance rather than a participatory event? Dann, the senior pastor of a church where I previously served, said on a couple of occasions, “I think we went past participation and into performance.”

He’s referring to a certain point with volume. Somewhat below (and at) that point, the congregation feels invited to sing along (participate), but way below and above it, most folks just sort of sit back and view it as a performance. The difficult thing is that this is very subjective.

Another difficulty that I (and many sound people) face is that I have no one behind me singing, so it’s hard to gauge at what level the congregation is participating. But Pastor Dann sits in the front row, so he has a good indication of when people start to shut down based on the level coming from the stage.

I’ve also wondered why anyone would stop singing, regardless of volume, if they want to sing. The words are on the screen, so you sing, right?

A Chris Tomlin concert I attended a while back provided some understanding. Chris does a wonderful worship/concert event. I found myself singing along on the first couple of numbers, thinking that I was glad that it was loud enough to drown out my voice (otherwise I would have embarrassed my daughters because my singing is that bad).

But by the third song my voice was tired, and my throat actually hurt. I didn’t realize it, but I’d been pretty much yelling, not singing. (Again, thankfully drowned out by the PA.)

So, I stopped, enjoyed the performance, but then halfway through, began singing along again, at first without even realizing it. For this set, Chris was alone on stage, at the piano. It was a much more subdued style of music, and also was being played through the PA at a significantly quieter volume than the previous stuff.

I also found myself singing much quieter than earlier. This was not only due to limiting the embarrassment of my daughters, but also because I could somewhat hear myself and realized that I needed to back it down.

Now, with some of the mystery of performance versus participatory worship solved (at least in my mind), still, how do we as sound operators determine the “correct” volume, that point we do not want to cross?

I suggest that members of the sound team who aren’t mixing for a given service could rotate through some of the seating sections in order to monitor congregational singing. Then they should share their findings with the team. This would at least be the start of finding a clue.

In my case, I had a great relationship with Pastor Dann and trusted his judgment. So when he said it was too loud, I took it seriously. I may not have personally agreed, but I knew that his experience on the main floor sitting with the congregation had given him a very good understanding of this issue.

The bottom line is that it really comes back to knowing your congregation and what volume levels work for them. If it’s too loud, it’s a performance, but if it’s too soft, it’s not powerful – and in both cases, most people don’t participate with their voices. But if they like what they hear, they probably will. Helping to encourage them is our challenge.