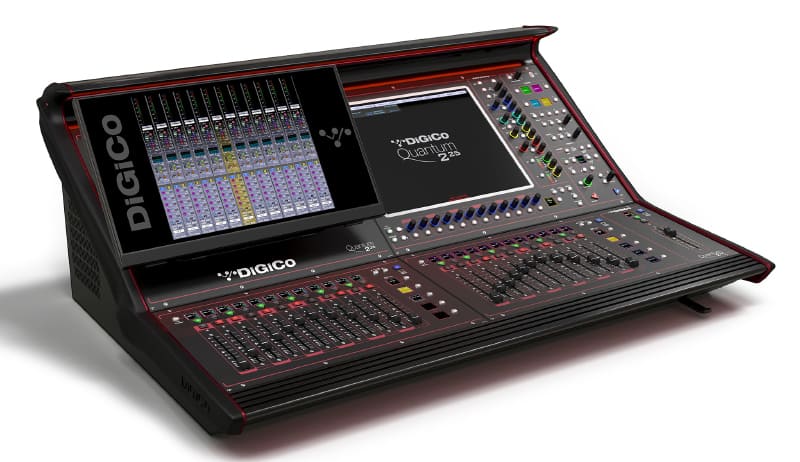 In January, DiGiCo announced New Year New Hope, giving three lucky winners three gifts that were awarded earlier today (February 12): a DiGiGrid MGB MADI to SoundGrid Interface; the first of the newly-launched KLANG:kontrollers – Serial Number 1; and a DiGiCo Quantum Range console. What those entering did not know at the time was that this was an opportunity to own one of the first Quantum225 consoles.

DiGiCo states that the new Quantum225 is designed to be agile and flexible, allowing the system to adapt to the demands of our changing world. Specified with the new DQ-Rack with integrated Dante creates a system for AV installation and the needs of an AoIP networking environment. Alternatively specify it with the MQ-Rack and get the familiar MADI connectivity for touring, allowing Quantum225 to integrate with existing infrastructure.

Unique to Quantum225 is a custom-designed, multipurpose mounting bracket designed to attach quickly to the left-hand panel of the console. It can accommodate an additional channel or overview screen, a KLANG:kontroller, or be further expanded to fit either a laptop or a script – useful for theatre applications. The bracket can be installed at two angles with quick release.

The new 6U DQ and MQ racks have 48 mic/line inputs, up to 24 analog outputs or up to eight AES outputs. Users are able to reconfigure four of the analog line outputs to be either analog outputs or dual AES outputs. This I/O capability and other configuration changes are managed from the racks’ own TFT Configuration screen. Standard features include Dual PSU and 48k or 96k operation.