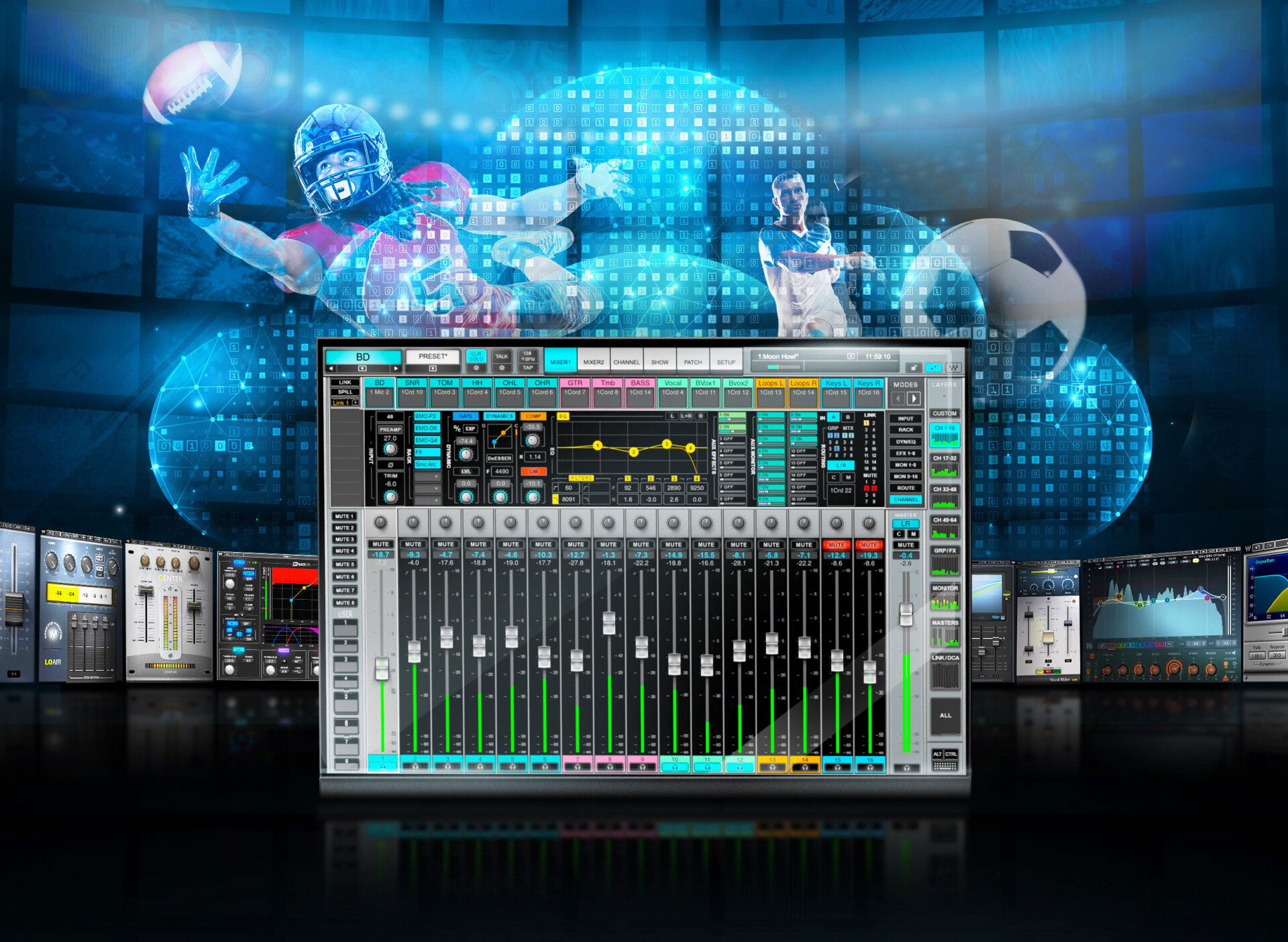 The move to cloud-based broadcasting has accelerated rapidly over the past two years. Leading-edge broadcasting and media companies have been able to migrate many production tools to cloud environments. Though the deployment of video production technology moved quickly to software-driven workflows, until now, the true pro audio component has been lacking. Subsequently, as broadcast production workflows evolve from entire on-premises control rooms to remote integration (REMI), hybrid or completely cloud-based environments, there is a crucial and urgent need for efficient cloud-based audio mixing. Processing, mixing and routing the production audio directly in the cloud complete this new-generation workflow from source ingest to program distribution.

One key technology that has helped facilitate this transition is NDI, a high-performance network protocol for transporting media streams over Ethernet. NDI, part of the Vizrt Group, is a royalty-free technology that allows video and audio sources to be shared bi-directionally across a network, eliminating the need for costly direct connections, expensive cable runs, and infrastructure upgrades while turning every source into a destination instantly available anywhere on the network.

“We adopted NDI technology, as it is a proven system for professional cloud production environments,” says Mick Olesh, Waves Managing Director and EVP of Sales. “The ability to process, mix and route all audio streams in the cloud, and without converting protocols, simplifies the workflow so that production teams can now focus on delivering a superior sounding program feed to the audience.”

“The cloud is revolutionizing live production and creative workflows; broadcasters and creators need professional audio tools to manage audio streams seamlessly over the cloud. With Waves Audio adopting NDI, the Cloud MX Audio Mixer now offers mixing, processing, and routing without the need for converting or transcoding, thanks to NDI and its wide adoption.” says Suso Carrillo, NDI Marketing Lead at Vizrt Group.

All Waves Cloud MX Audio Mixer packages come with the powerful cloud-licensed Waves eMo plugins (eMo D5 Dynamics, eMo F2 Filter, and eMo Q4 Equalizer), which form the mixer’s channel strip for a fast, efficient workflow. You can expand your audio capabilities even further, by upgrading to Cloud MX Audio Mixer Plus, with 11 extra cloud-licensed plugins such as the Primary Source Expander for automatic mic bleed elimination, the legendary Renaissance Vox vocal compressor, the surgical F6 Floating-Band Dynamic EQ, MaxxBass, the L2 UltraMaximizer and more; or to Cloud MX Audio Mixer Premium, which adds over 150 cloud-licensed plugins covering every audio need, including the Dugan Speech plugin for real-time automatic mixing of multiple mics. Each of these packages are available as 1-month or 1-year licenses. The Plus and Premium tiers present an arsenal of cloud-licensed audio plugins, covering every broadcast audio need from multi-mic auto-mixing to noise reduction, audio restoration, and beyond.”