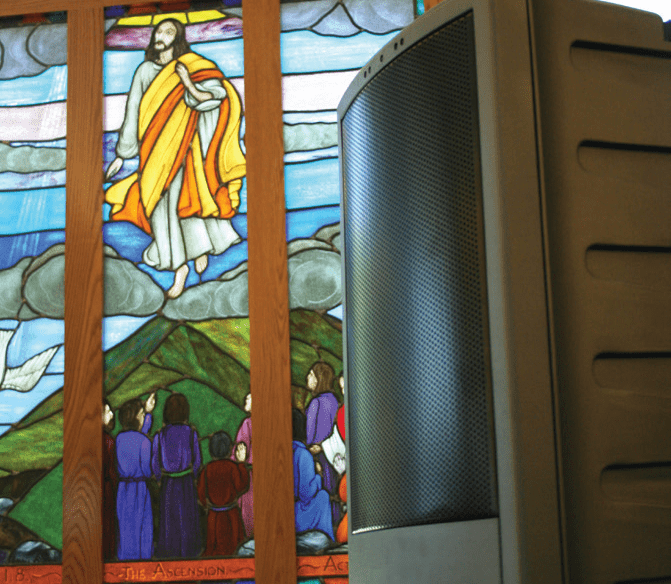 I’m often asked how I go about setting up demos of equipment. Several people noticed that when I was a tech director at a large church in California, I regularly tested gear. I know that many churches have a need to do the same. So, I thought an explanation might be appreciated.

Now before I get into the how’s and why’s, here are a few disclaimers. Larger churches have significant advantages in comparison to smaller churches. Further, at the time, I ran a well-read blog specifically for worship techs. There was someone on staff (a fellow named Kevin Sanchez) who was relentless in trying out gear and setting up demos.

Because our budgets were larger and we bought more, and because manufacturers wanted their equipment reviewed on my blog, I could get stuff pretty easily. That said, you too can get demos of equipment. Here’s how I used to go about it.

Start At The Source

Whenever possible, I started directly with the manufacturer. If it was a big company, they would refer me to their local sales rep firm. The rep sells the equipment to dealers, not end users.

One of the reasons I went to trade shows was to meet with manufacturers. It’s a lot easier to get a demo when you have a name and a face at the company. Once I saw gear that I wanted to audition, I contacted the company to see about setting up a demo. Smaller companies would typically just send it out; larger ones work through the rep.

When I don’t know anyone at the company, I reached out to a local rep firm. Typically, they work with multiple manufacturers.

Good rep firms will work with you to help find the best fit for your specific needs and point you to solid dealers from whom to buy the gear. Good reps know that end users buy equipment, and that means dealers buy equipment.

The rep firm’s job is to sell gear to the dealers, and if people are buying from dealers, everyone’s happy. For example, I got to know the folks with the local Shure and QSC rep firms, so when I needed to look at something from those two companies, I called them.

I also did I a good deal of business with Rat Sound, and they were very helpful in setting up demos for me. My contact there often reached out to the rep and had the equipment sent over. If I liked it, I bought it from Rat.

As a side note, don’t ask a dealer to set up a demo then buy from someone else – that will be your last demo through them. Relationships are the key to this business, and taking the time to get to know dealers and work honestly with them goes a long way. Referring others to them helps, too.

Before going any further, I should offer some warnings (lest I make every manufacturer, rep and dealer in the country crazy!).

First, do not demo frivolously. That is, don’t start asking for demos of every cool new piece of gear you read about in a magazine or see online.

I made it a rule to only demo gear I was actually interested in and capable of buying. Sometimes plans change, but I didn’t ask people to set me up with gear I knew that I wouldn’t be buying. Now, if someone informally gave me something to play with, that was a different story, but from my end, when I needed a demo, I was serious.

Second, always support the demo chain. In other words, if a dealer set you up with a demo, buy from that dealer. If a rep set you up, buy from one of their customers, not a dealer in another zone.

Dealers and reps make money by selling gear. Don’t abuse them by trying to save a few bucks. Believe me, having dealers and reps on your side makes a huge difference when you’re in a crisis (and that day will come, believe me).

Third, demo realistically. I didn’t buy every piece of gear I evaluated. Sometimes it wasn’t what I thought it would be, sometimes another product won a “shootout” (direct comparison), and occasionally a project would be cancelled.

But, again, I was serious about what I would demo. For example, when looking at mixing consoles, as much as I would have loved to evaluate a DiGiCo SD7 for a weekend, I demoed the SD8 because that’s what I could afford, and indeed, it’s what we bought.

If you’re a 200-seat church, don’t start asking for a demo of things such as a Meyer Sound MILO line array system just because you want to hear it. Make sure the gear fits realistically within your budget.

Finally, demo with care. You don’t need to demo every piece of equipment you buy. Quite often, you can make really good, educated decisions based on your own homework, talking with others, and dealer recommendations.

When you start demoing gear, do so with bigger items that you’re really going to buy. This builds good will with your contacts. In other words, don’t go crazy asking for a slew of microphone demos from everyone.

Further, be strategic and ask nicely. Never threaten, become adversarial or “go postal” on anyone you’re asking to help you. Remember, they’re helping you, don’t abuse that.

Demos can be a great way to make sure you get the proper gear for your church. Just be sure to do so with care and caution, and it will be a great experience for all.