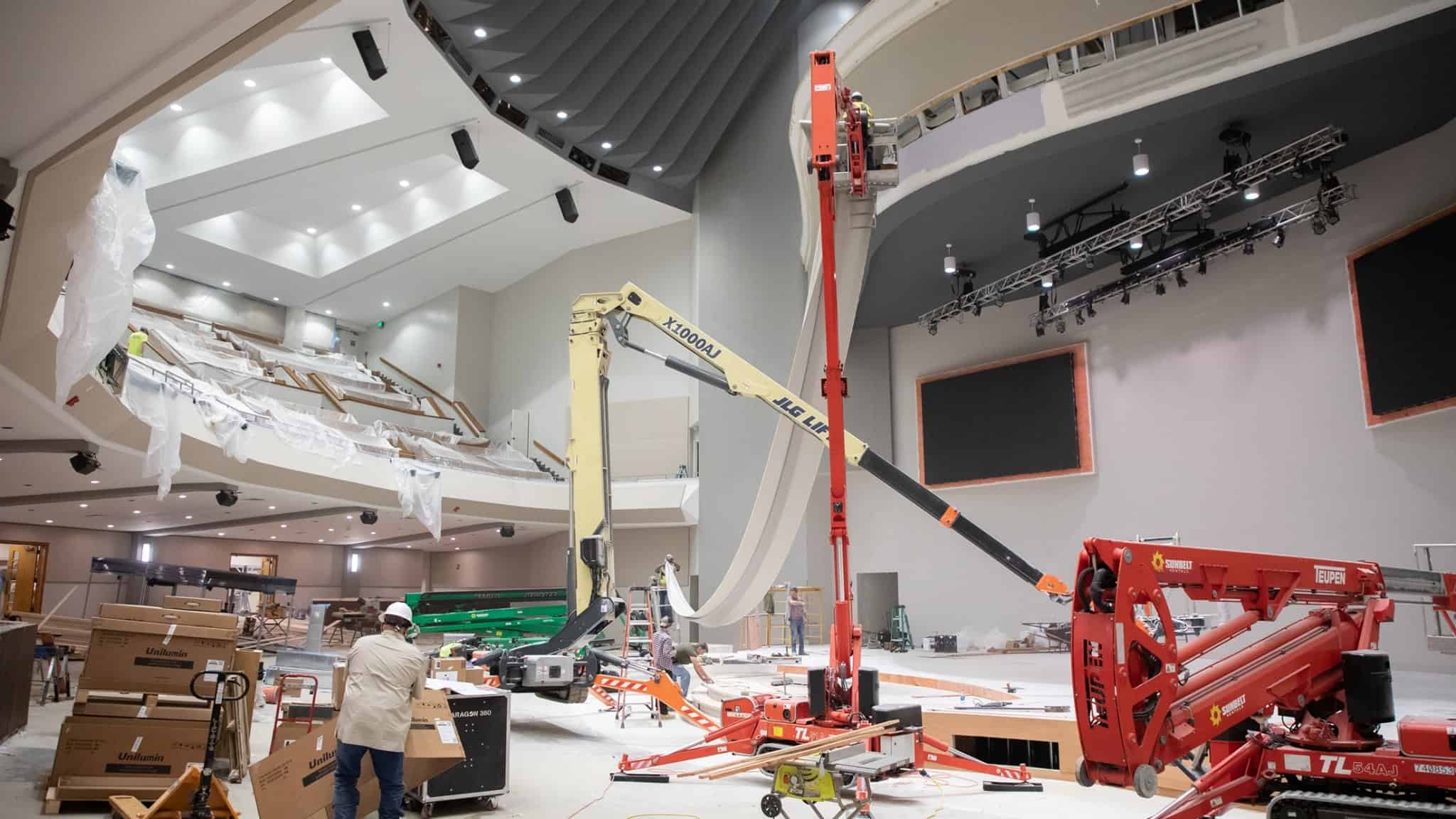 First Baptist Church of Jacksonville approached Paragon 360 about renovating the Lindsay Memorial Auditorium into a second, smaller worship space located on their downtown campus. The smaller worship space would seat just over 900, compared to their more famous service space that seats 9,000. Paragon 360 renovated the auditorium from top to bottom and recently completed the project in March of 2021.

The Paragon team replaced the auditorium carpet, painted the lower floor pews, put in new restrooms, and created a new modular choir loft for the sanctuary space. They also updated the infrastructure by improving the audio, visual, and lighting systems to strengthen their live streaming capabilities.

Paragon 360 also added a new, modular choir loft space that featured a mezzanine with on-stage storage underneath, along with railings, steps, handrails, and additional cubes to expand the loft. The new choir loft space is a Paragon 360 signature that they design, build, and install within the sanctuary. It is more cost-effective and versatile than their previous loft plan.

After observing the space’s audio and acoustic properties, Paragon decided to improve the audio systems within the renovation. With those improvements, they added their signature monitoring system so that all three monitors for the choir, orchestra, praise team, and singers work in unison to bring clarity and control to the entire platform.

Paragon 360 updated the auditorium’s existing lighting system, including new LED lighting fixtures, data distribution equipment and hardware. The new stage design included 2 Uniliumin LED walls on the right and left of the stage, driven by NovaStar processing, that acted as IMAG screens. An additional Uniliumin LED wall was custom-built into the front side of the choir wall behind the presenter.

The transformation of the Lindsay Memorial Auditorium allows for multi-cultural and multi-generational activities used not only for worship services but for kids and youth programming and special events.