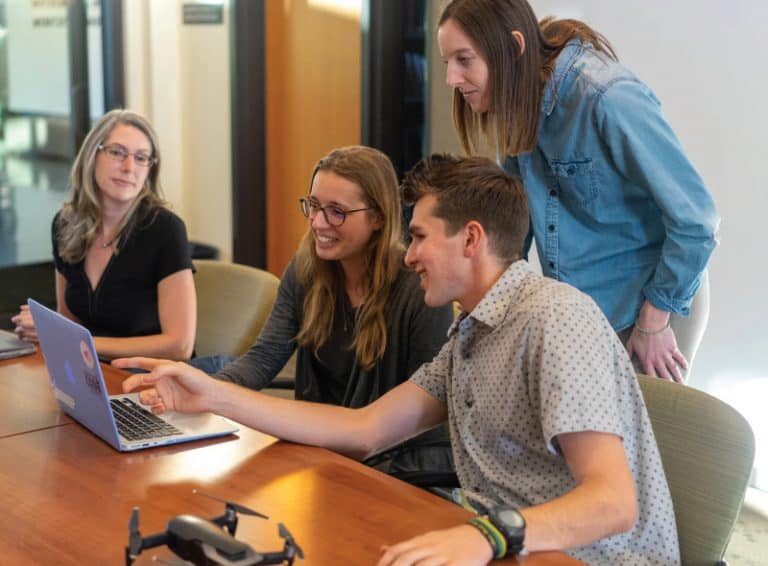 I run an event crew for a mid-size university. A majority of my labor comes from students who range from no experience to those majoring in a relevant field such as Music Technology or Theatre.

Over the years I’ve learned a few things about how to train, deploy, and develop a functioning crew. This does not just apply to those working in higher education, but anyone running any sort of low-experience crew such as festival volunteers, church A/V teams, etc. Training employees is a very critical and often overlooked part of our industry. In this article I’ll share my take on the seven key elements to a successful training program.

1. Make Time For Training
First, it’s important to make time to train. The A/V team represents your organization when they’re working. If they mess up an event or have a bad day it won’t matter if they’re “just a student.” or a volunteer, or whatever – someone will look at them and associate their quality of work with who they work for.

While it may be tempting to train via “trial by fire,” the only benefit to that is that it allows laziness on the trainer’s part. By making time for training you also send a message to your team that you care about their skills, development, and growth. It opens up the dialog, letting them know that you are there for them should they need something.

2. Teach The Basics
It may sound obvious and boring, but it’s easy for even trainers to get mired in the flashy buttons and lights of cool gear. That digital console may be shiny, but you don’t get to drive a BMW on your first lesson. So why don’t we step over here into the “Little Tikes Cozy Coupe” and start slowly.

In my world, the hiring of new crew is cyclical and predictable. Students attend school for four (or five, I’m not judging) years and then they’re gone. This means I’m constantly replenishing with new trainees. As boring as it sounds, I always try to have a short PowerPoint presentation for incoming crews.

As noted, I often get people with literally no experience. They just thought the job would be fun – and that’s OK! There’s passion there and you can’t teach that. But I find a presentation is a good way to introduce the lingo. That way when I’m explaining something while they’re holding a piece of gear that is new to them, the words aren’t new as well. It’s also a way to give them the vocabulary to ask good questions

So instead of handing them a Shure SM58 and telling them it’s a dynamic microphone and then having to explain what a dynamic mic is, I first introduce them to the idea of different types of mics and then show them examples. Perhaps now when they find a random mic, they will wonder what type it is, which is a useful skill for troubleshooting in the field.

As far a hands-on training I start everyone out on the same setup. A two- to four-channel analog mixer and a powered loudspeaker. Simple enough, right? But there are actually a lot of steps, and this teaches them signal flow:

That’s a half-dozen steps and we haven’t even gotten to gain staging yet. It’s crucial, though. Whenever there’s a problem at an event, I tell a student to “follow the signal path.” We all know this to be true. The most basic troubleshooting happens when we follow cables to something that is either unplugged or turned off. Teaching this to them first really cements it into their minds and makes the transition to a digital console smoother. It doesn’t matter the medium, signal flows from input to output and being able to follow that path is an important skill.

3. Questions Are Welcome
Remember, these students are new to all of this. They may not know to ask questions. Seriously. I make a point to pause after every major step and ask if there are any questions.

I also want them to get in the habit of asking for help. I make it clear to them that if they don’t know how to do something, I would rather show them how to do it right rather than to fix it later. And “later” usually means five minutes after doors have opened, so avoiding that situation is always nice.

At the same time, it’s on the trainer to help them formulate good questions. I’m not saying there are stupid questions, but there are certainly bad questions. They should be trained in a way that encourages questions that are open ended.

Go to any online forum and you’ll see questions on how to EQ a certain mic, tune a system, or where to put a loudspeaker. You may see a few responses trying to answer the question, but any good response will begin by asking the poster what they’re trying to accomplish. Instead of “What EQ should I use?” or “How much compression do I need” encourage questions like “Why would I use EQ here?” and “When should I compress something?”